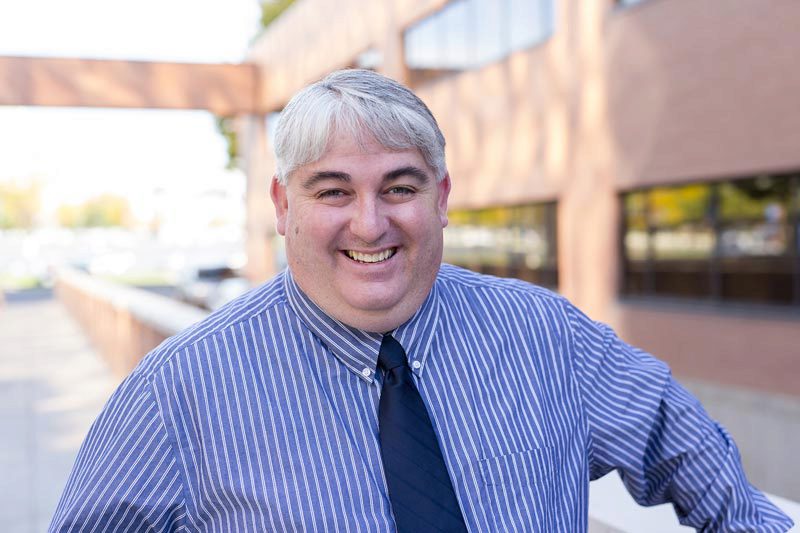 Born on a naval base in California, Sean Hatch spent the first nine years of his life bouncing from one place to another. “My mother was young when she had me. She became an addict and had a lot of men come in and out of our lives. As a result of her life choices, I grew up in a very unstable environment,” Sean remembers.

But all of that changed when Sean’s mother met and married a man who was a member of the LDS Church. Sean says his mother straightened up and accepted the gospel, but he wasn’t so convinced that it was for him. “I didn’t grow up believing in family,” he says. “Even though my stepdad was inactive, church was important to him. He challenged me to read the Book of Mormon and pray. I did and was baptized.” With his parents’ support, Sean served in the Minnesota Minneapolis Mission, and when he returned home, his parents gave him the ultimate gift: “My stepdad adopted me and then took my mom and me to the temple where we were sealed as a family.”

Sean changed from not believing in family to longing for an eternal companion and family of his own. Soon enough, he married and had three beautiful children. Sean believed all was right with his world, when he discovered that his wife, who suffered from depression, was addicted to pain medication and alcohol. “I had no idea. She made choices that ultimately harmed our family,” says Sean. “I prayed for guidance, to know how to help her and how to heal our family. I finally realized that divorce was the only answer.” He was awarded custody of his children and so began his life as a single father.

“It wasn’t until I finally filed for divorce from my wife that I made myself a promise to go back to school and get the skills I needed to provide a stable environment for my kids,” Sean says. He credits his stepfather and the Lord with leading him to LDS Business College. “I knew I wanted to create a business that would allow me to work from home so I could be there for my kids. My dad encouraged me to follow my dream,” he says. Shortly after he talked with his dad, Sean noticed a flyer on the ward bulletin board: “The flyer was for LDS Business College. The Spirit spoke to my heart, and the next thing I knew I was enrolled.” Determined to finish his degree and still work full-time in medical billing, Sean knew he couldn’t afford to pay tuition on top of his other financial obligations. “I remember asking if I qualified for any scholarships,” he says. “I was overcome with emotion when I applied for and was granted the single-parent scholarship.”

With the support of his parents and children, Sean is pursuing his associate’s degree in science and accounting. “My teachers inspired me to go into accounting, because it seemed like a natural complement to my work in medical billing. And it answered my prayers for a career that will afford me the opportunity to run a small accounting business from my home office.”

Not only has LDSBC helped Sean pursue his dreams of a home-based career, but it has also helped the single father come to terms with the pain of divorce. “The religion classes I have taken at LDSBC have helped me move forward with my life. They have helped me understand the Atonement and realize that the Savior is there for me, that He knows me,” he says. Sean was angry with his ex-wife and in large part blamed himself for failing to take care of his family. “LDSBC has helped me learn how to overcome that anger, that feeling of failure, and replace it with love and compassion,” he says. “It’s been tough, but I am in a better place.”

Sean says that he owes more than he can express to the donors who made his scholarship possible: “Their selfless gift means I can create a sense of normalcy for my children while I go to school. I do not have to have a second job, and that means I am not sacrificing any more time away from them.”

He’s grateful that unlike most single parents, he and his children are fairly stable. “We are in the same home we all grew up in. I am not in debt. And I will be completely self-reliant when I finish my degree,” he says. “I look forward to becoming a donor one day so that I can do for other single parents what others have done for me.”