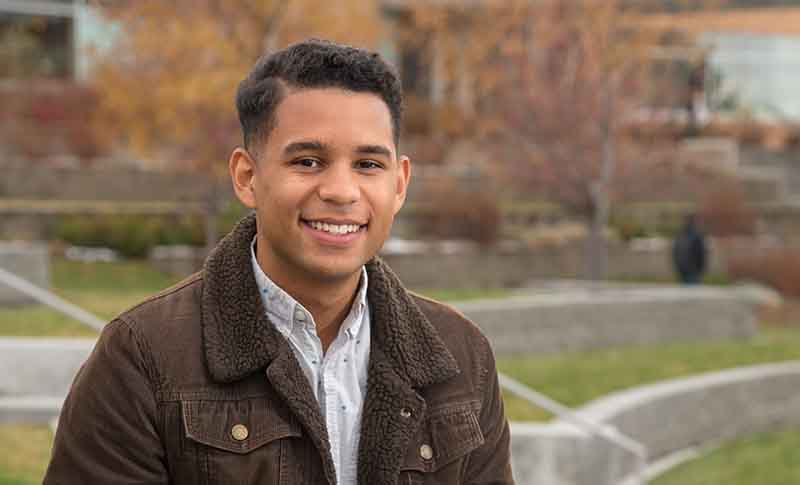 Simon McHenry thought his friend was crazy to get baptized in the LDS Church, but soon after, Simon himself had a copy of the Book of Mormon in his car and was visiting with missionaries. One day, reading the Book of Mormon, Simon felt the spirit bear witness its truth.

“My family told me I couldn’t go to church and couldn’t get baptized,” he remembers. “Eventually, I got to a point where I said, ‘I’m 18—I’m just going to do it.’”

Simon decided to attend BYU-Idaho instead of San Francisco State University, and to leave on a mission soon after his first semester. When he got back to BYU-Idaho, Simon met up with the girl who gave him the Book of Mormon years earlier, and they married four months after he returned from his mission. But with much of his savings gone, he found himself in a tight financial situation at school.

“We came back to school, and I still owed $2,000—and I didn’t have any way to pay it off,” he says. “Fortunately, I received [need-based financial aid], and we both got part-time jobs and Pell Grants. Without financial aid, everything would’ve been much harder.”

Simon’s aiming to wrap up his degree in political science this year, and his wife is expecting. He’s hoping to attend law school next, and she’s aiming for an MPA. None of this, he knows, would’ve been possible without the gospel of Jesus Christ. “I always think about where my life could’ve been versus where it is now,” Simon says. “Life just changes when you get the gospel. It’s great and interesting to see the contrast.”