An Opportunity to Make a Change in the World 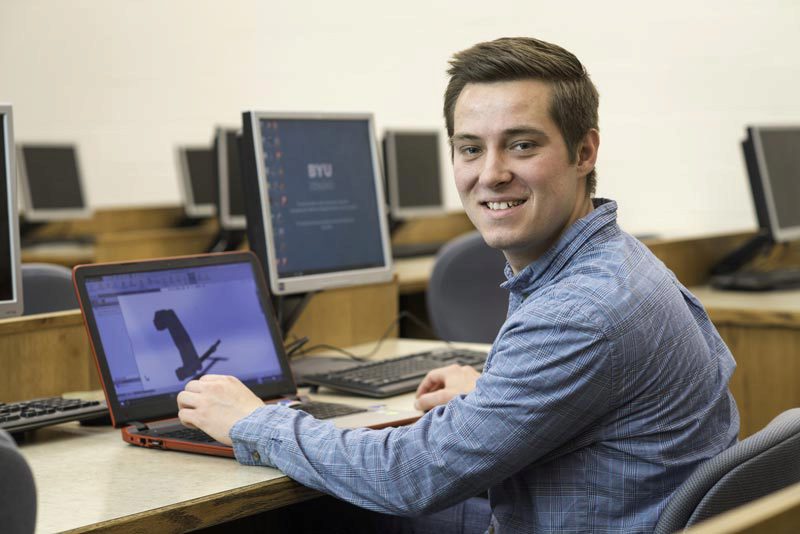 It all started with a boring seminary class. Instead of pulling out his smartphone or simply putting his head down on his desk, young Colton Western took matters into his own hands.

“I thought, ‘If I’m not going to learn anything, I might as well read The Book of Mormon,’” he says. “I started studying every day after school, and I would write down my thoughts and impressions with each chapter each day. That was how I started to really get to know the scriptures.”

That boring class led to a journey of spiritual growth that continues today. After graduating from high school in Rancho Cucamonga, California, Colton served a mission to Guadalajara, Mexico. And when he came home, he decided to keep growing by transferring from his local community college to BYU-Idaho.

“I’ve always heard that your mission should be a springboard to a higher life than you lived before,” he says. “I knew BYU-Idaho would be one of the best places to further myself not only academically but also spiritually.”

However, moving to Rexburg meant Colton would have to leave behind the comforts of home and pay for his own housing and food. The added expenses put him in a tight financial position and left him wondering if he had enough money to make it through.

“One of the reasons I was at community college was because it was so cheap,” he says. “But I felt like coming to BYU-Idaho was a good decision.”

Fortunately, BYU-Idaho’s Financial Aid Office gave him some news that made his day: he’d qualified for a scholarship. “I was really excited when I saw that,” he says. “That made everything seem right.”

Now at BYU-Idaho, Colton is trying to get everything he can out of his college experience. “There are tons of people here who share the same values,” he says. “It’s an opportunity to grow stronger so that once you leave you can keep those values and share them with others. I think it’s kind of like going to the MTC before you leave on your mission.”

Colton is studying to become a mechanical engineer, and not just because it’s a great career—he also wants to make an impact and bless others.

“I want to use this opportunity to make a change in the world,” he says. “I’ve been thinking about how I can use engineering to make things better for other people. I’d love to create a stair-stepping wheelchair or something like that.”

He knows that if it weren’t for the generosity of the strangers who funded his scholarship, his BYU-Idaho experience might be short-lived—or it might not have happened at all.

“I’m so thankful to whoever provided my scholarship,” he says, “and I won’t let that scholarship go to waste.”

There are thousands of other students at BYU-Idaho who benefit from scholarships and thousands more who need the help of generous donors to have their own BYU-Idaho experiences. You can help by clicking “Make a Gift” above and making a gift to BYU-Idaho’s scholarship funds.