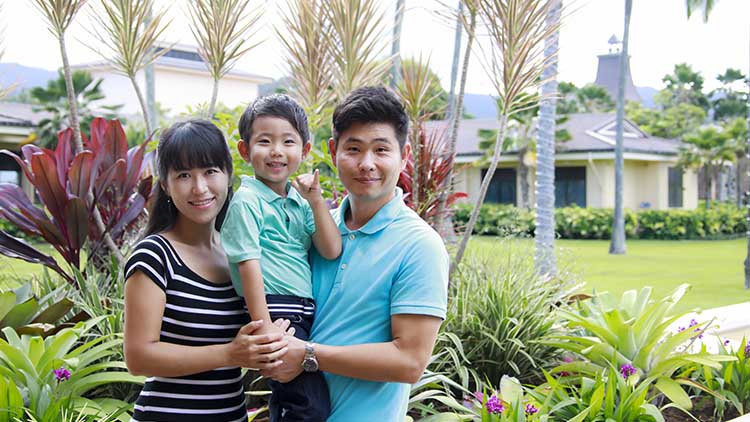 Life is good for Mijin Jang, a senior from South Korea studying accounting at BYU–Hawaii. She has been happily sealed to her husband for six years, they have a four-year-old son, and she has a full scholarship to the University of Georgia’s master of accountancy program.

But her journey has not always been joyous. “I’m not from a happy family,” says Mijin, who found the gospel of Jesus Christ in her teens. “The childhood I remember was always sad and dark. Even though I didn’t know much about Christianity or God, I looked for Heavenly Father and prayed to him.”

Mijin’s prayer was answered when she met a BYU–Hawaii alum who introduced her to The Church of Jesus Christ of Latter-day Saints. Their local branch had only 10 members and met in a tiny rented room, but Mijin enjoyed attending because she felt a peace and happiness that was missing from her life. Mijin’s father was antagonistic toward the Church, so Mijin waited two years until she was old enough to get baptized without her parents’ permission.

“Heavenly Father helped me through my obstacles, and my prayer to study at BYU–Hawaii was finally answered after 10 years.”

Mijin wanted to attend BYU–Hawaii to study with peers who shared her new faith. She had earned straight As in high school and scored well on the English language proficiency exam, but her desire to attend BYU–Hawaii was derailed when her bishop counseled her to stay in Korea and help build the branch. “I was extremely sad,” Mijin says. “I couldn’t understand why, but I followed his counsel and continued to be faithful in my branch, sometimes holding five callings at a time.”

When years later her husband was accepted to BYU–Hawaii, Mijin didn’t apply because she thought that Heavenly Father had already said no and that she was too old to be a student. She was content with supporting her husband in school, raising their son, and returning to South Korea after graduation.

It wasn’t until Mijin heard a devotional given by President Russell M. Nelson that she felt prompted to enroll at BYU–Hawaii. “The Spirit came to me so strongly and confirmed to me that age did not matter and that now was the time,” Mijin recalls. “Heavenly Father helped me through my obstacles, and my prayer to study at BYU–Hawaii was finally answered after 10 years.”

Mijin has loved being a full-time student at BYU–Hawaii, but it’s not easy balancing schoolwork while taking care of her young son and working part-time as an IWORK student. “The only time I have to study is from midnight until three or four in the morning,” Mijin says. “I desperately need Heavenly Father’s help so that I can stay awake, concentrate, and make the best use of my limited amount of time. So before studying I always pray, and I know that Heavenly Father has blessed me with understanding and memory.”

“I’m eternally grateful to you for helping me and many of God’s children . . . receive an education, see their potential, and grow strong in the gospel. You are angels in the hands of Heavenly Father.”

In spite of her challenges, Mijin has maintained a 4.0 GPA and will have earned her bachelor’s degree in just two years. She received the highest score on the TERP10 exam out of more than 500 BYU–Hawaii students who have taken the exam over the past eight years. She also tutors other accounting students as a teaching assistant.

“None of these achievements should have been possible with my limited amount of time,” Mijin says. “I believe that my sincere and desperate prayers brought down the blessings of heaven and gave me added strength and understanding beyond my own ability.”

Mijin also credits her success to the donors who help fund the IWORK program, which has made it possible for her and her husband to attend BYU–Hawaii. “I’m eternally grateful to you for helping me and many of God’s children, especially those who are underprivileged and downtrodden, to receive an education, see their potential, and grow strong in the gospel. You are angels in the hands of Heavenly Father.” 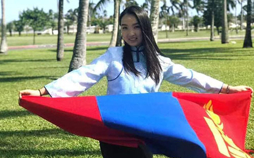