Using Aloha to Advance the Church in Asia 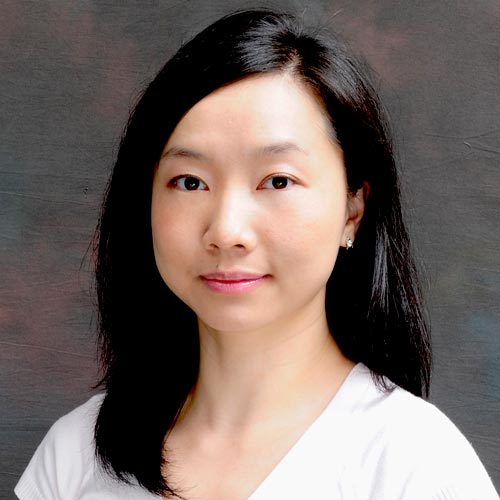 Annie Wong could be a poster child for the mission and purpose of BYU–Hawaii. She came to Hawaii from Hong Kong as a new convert to The Church of Jesus Christ of Latter-day Saints. Now she is helping to build the kingdom of God as the communication director for the Asia Area of the Church.

But BYU–Hawaii was not Annie’s first choice for college, and she did not fully understand the reasons why she was directed there until she embarked on her dream career.

Not Her First Choice

Annie was born into a Buddhist family. But she grew up believing in Jesus Christ because of two aunts who introduced her to Christianity and because her parents sent her to Christian schools. She was familiar with the Bible when she met Latter-day Saint missionaries on the streets of Hong Kong, and two and a half years later she accepted the fullness of the restored gospel.

After learning about the Church’s universities in the United States, Annie wanted to attend BYU in Provo. However, her application to BYU was declined, and she was instead accepted to BYU–Hawaii. Many of her high school classmates were being admitted to prestigious, world-renowned universities, and Annie couldn’t help but feel unenthusiastic about attending a comparatively unknown university in Hawaii.

Shortly before leaving for Hawaii, Annie received some perspective from her stake president. “He said that if he could live his life again, he would have chosen to go to BYU–Hawaii because it is so culturally diverse,” says Annie. “Over there, he said, you learn so much more about people. And it’s so true. I saw the world on that campus. I learned so much more about people and culture. . . . It was an amazing experience to be friends and rub shoulders with people from all over the world.”

Even though Annie had attended church and met with missionaries for more than two years, she had been a baptized member of the Church for only two months when she arrived at BYU–Hawaii. As a new convert, she would often find excuses to skip out on Sunday School—that is, until her Relief Society president, who was also from Hong Kong, began fellowshipping her.

“She made sure that every Sunday I had three full hours of church,” says Annie. “And she always invited me to devotionals, firesides, gospel forums, family home evenings. Those experiences added up.”

Annie’s faith was also reinforced by the testimonies of many peers on campus who came from diverse backgrounds yet shared similar experiences with the gospel. “I was able to strengthen my testimony from their examples. I learned how the gospel was shared in their countries . . . and how [it] touches all corners of the earth.”

Those relationships solidified Annie’s faith, gave her a deeper empathy for others, and granted her a broader perspective of the worldwide Church. As a result, Annie was inspired to serve a full-time mission. At the time she thought that was the reason for her coming to BYU–Hawaii, but she would later learn that there was more to it than that.

After studying at BYU–Hawaii, Annie went on to earn a bachelor’s degree in public relations in 2009 from BYU in Provo and a master’s degree in international and public affairs in 2019 from the University of Hong Kong. In 2013 she started working for the Church, and in 2016 she began her dream career when she was promoted to assistant director of public affairs for the Asia Area of the Church.

“I remember my very first trip to Cambodia for a VIP dinner,” Annie recalls. “When I walked into the banquet room, I saw so many local members and leaders who were my friends from BYU–Hawaii that I hadn’t seen for many years. . . . And I remember hearing a voice in my head that I instantly recognized as Heavenly Father speaking to me, saying, ‘Annie, this is why I sent you to BYU–Hawaii.’ I thought I already had my answer on why I had to go to BYU–Hawaii. . . . But then, as my life continued to unfold, I saw God’s mystery even more clearly.”

“I remember hearing a voice in my head that I instantly recognized as Heavenly Father speaking to me, saying, ‘Annie, this is why I sent you to BYU–Hawaii.’”

Time and time again, as she travels throughout Asia, Annie continues to reconnect with friends from BYU–Hawaii who have become leaders in their countries. “When I encounter any issues at work and need to consult with locals,” she says, “I can just pick up the phone and call them. It’s so easy.”

Today, Annie works with senior Church leaders to manage interfaith, government, and media relations for 22 countries in Asia. And the relationships, perspective, and empathy that she gained at BYU–Hawaii have been invaluable. Above all, Annie’s goal is to help members of the Church stay faithful despite the opposition they experience in that area of the world.

“Members of our church are like the minority of the minority of the minority,” says Annie. “There is so much opposition here that makes it hard for people to stay. . . . One of the most important responsibilities we have in the Communication Department is to build relationships with opinion leaders and help improve the reputation of the Church so we can improve the religious environment. That way people can be confident as members of the Church and desire to get baptized, be ordained, go on a mission, and be sealed in the temple. . . . That motivates me to work hard in my day-to-day work, so that we can create a better environment for members to stay true to the gospel.” 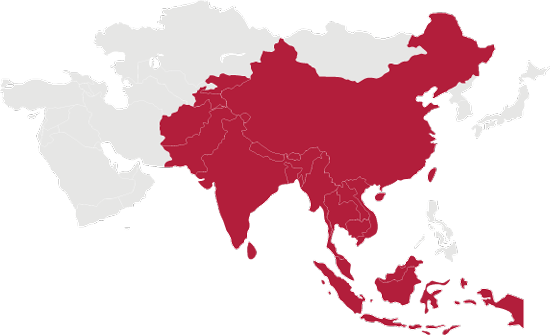 To learn more about Annie Wong, click here to listen to and read an interview she gave with the Church’s Latter-day Saint Women podcast.