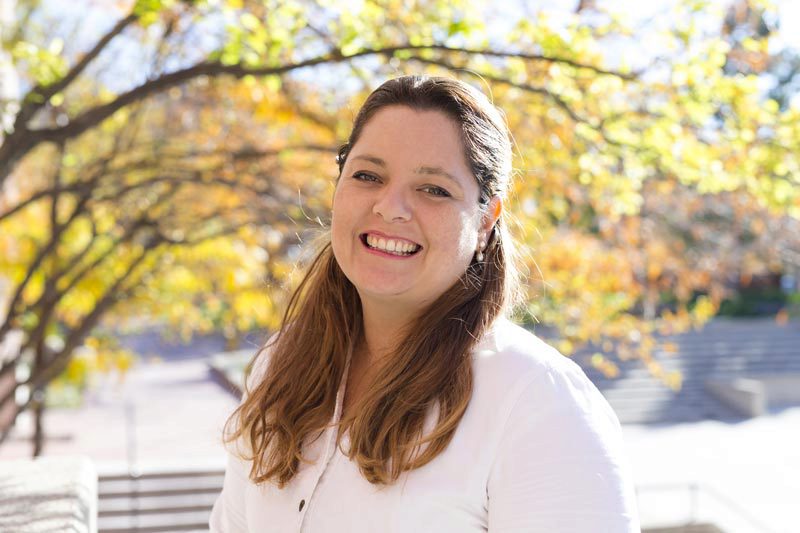 Francine took a leap of faith when she applied to LDS Business College. A single mother with a young daughter, she hoped that God would bless her small family as she left her home country of Costa Rica to attend classes in Salt Lake City.

“When I came, I only had enough money to pay for a year of college,” says Francine. “I knew the Lord would help me, but I didn’t know how.”

Regardless of not knowing what was ahead, she had faith. Upon arriving at the college, she learned about the Stella Harris Oaks Horizons of Hope Single-Parent Scholarship. The Lord answered her prayers when she applied for and received the scholarship. The aid lifted a large burden off her shoulders and strengthened her faith.

“It was a blessing, an answer to my prayers. I was really touched,” says Francine. “I had relief inside of me, telling me that there were no worries—everything’s going to be okay. It confirmed that this was the right thing I needed to do.”

Through the generosity of donors, Francine studied global supply chain and project management. The scholarship also allowed her to spend more time with her daughter, where she otherwise might have been preoccupied with her financial situation. She graduated in April 2016 with a fuller heart and a stronger testimony that the Lord cares for his children.

Francine plans to return to Costa Rica in the next year. She says she’ll pass on the knowledge she’s learned at LDS Business College to the people of her home country. She’s grateful to the donors who made it all possible and wants them to know that their charity extends far beyond herself.

“We are so grateful for their contribution,” says Francine. “Their money has not been wasted. They didn’t bless just one student, but they blessed a family.”

Francine is especially grateful for the impact her education will have on her daughter.

“My daughter will have high expectations for her own life,” she says. “We, the single-mothers, are giving everything we have to make our kids happy and improve their lives, and the donors are helping us. It’s not just what they did for me, but it’s the seed that they planted for the generations that are coming.”