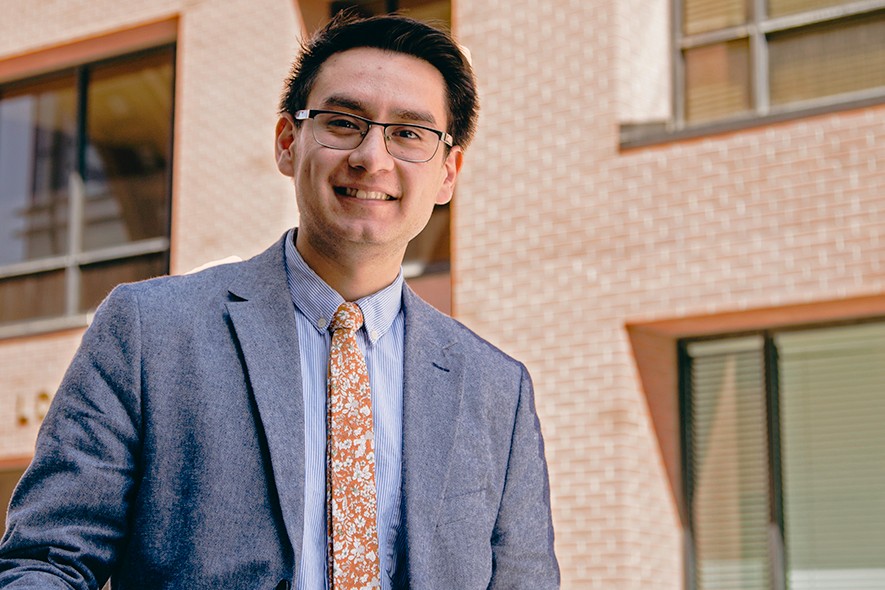 Pablo Diaz always wanted to be an entrepreneur. Born and raised in Buenos Aires, Argentina, Pablo planned to pursue a business career near his home. He was surprised when he felt a strong prompting to seek an education in the United States. He knew that leaving his home would be difficult.

“I was going to a very good university in Argentina—one of the best in business,” Pablo says. “In the beginning, I said no. I had my career in Argentina. But the prompting was so strong that I made the decision to obey.”

Pablo chose to go to LDS Business College, but health complications made it difficult for him to save the money to attend. Still determined, he felt prompted to launch a business to help people send packages to missionaries in Argentina. Through his business, he eventually saved the money he needed to start school in Salt Lake City.

“When I got here, I felt extremely blessed,” he says. “Everything fell into place.”

Although Pablo had made it to the college, he still faced challenges that caused him to question his decision.

“It wasn’t easy to have a business in Argentina and go to school here,” Pablo says. “I felt a lot of pressure.”

“I felt so much gratitude,” Pablo says. “I strongly felt like Heavenly Father was backing me up, like He put me here and wants me to keep moving forward.”

The confirmation Pablo received by participating in the competition was invaluable. He believes scholarships like the one he won open new paths for students, their future careers, and their families. He hopes donors know the impact they have made on him.

“These scholarships are a means by which we can increase our opportunities,” he says. “If it hadn’t have been for the help I received from God through these donors, I would have never seen how much my possibilities expanded. I am very grateful.”