Kasandra’s Faith for Better Days Ahead 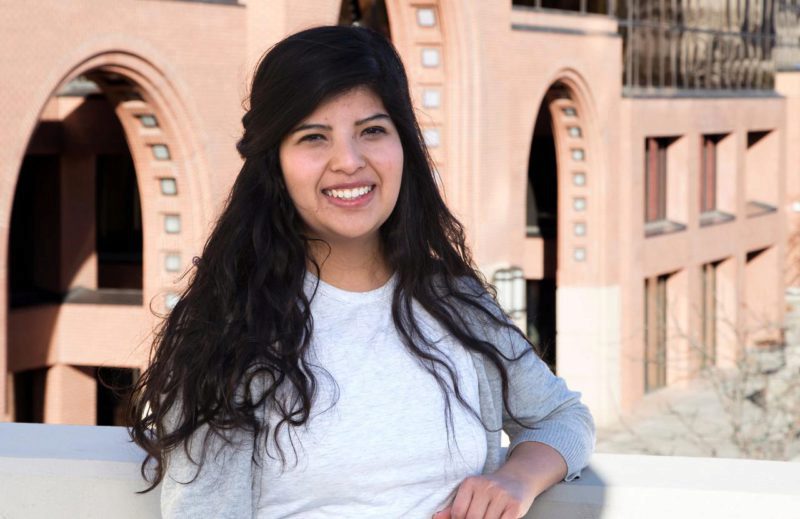 Growing up in Mexico, Kasandra Matus dreamed of attending a Church-owned school in the United States. She yearned to learn from people with different backgrounds and cultures, be somewhere she could grow spiritually as well as intellectually, and accomplish great things with her life. She felt that studying in the States would offer those opportunities. To her delight, when she was 14, a relative invited her to spend the summer in New Mexico. There, Kasandra’s desire to attend college in the U.S.A. grew stronger.

After Kasandra returned to her hometown of Oaxaca, her life started to get rough. “I often wondered if I could ever have a true friend,” she says. “Living the Church’s standards created criticism toward me, and I didn’t know how to deal with it.”

Kasandra knew that to get into a Church school she should be enrolled in early-morning seminary. However, she soon learned she needed seminary for other reasons: it led her to discover that Jesus Christ was the best friend she could ever have.

“Every morning, little things like personal prayer and scripture study started to make a difference in my life,” Kasandra says. “Seminary helped me live in faith for better days ahead.” Such faith would be needed to sustain her for trials to come.

While Kassandra and her father were on a trip in Mexico City, her father was impressed to tour Benemérito de las Américas, then a Church-operated high school. “After the tour, I felt that I needed to go there,” says Kasandra. “I was really excited and applied, but I didn’t get accepted. I waited another year and finally got accepted.”

Kasandra says she had a wonderful experience her junior year at Benemérito. “I lived in the same house with 15 girls,” she says. “I was surrounded by so many brilliant people that I felt like coal in the middle of diamonds.”

But Kasandra felt disadvantaged compared to her roommates. “They understood gospel doctrine well, learned really fast, finished their class assignments on time, and understood mathematics perfectly,” she says. “I struggled in all those areas!” 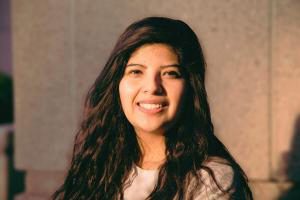 Not one to give up, Kasandra used her roommates’ accomplishments as motivation. “I read my scriptures more frequently, prayed more often, and worked more diligently on my personal progress,” she says. “I joined clubs, became more aware of other people.”

Kasandra’s grades went up, she started to play hymns with chords, and she received a Primary calling to teach a CTR class. “For the first time in a long time, life was good,” says Kasandra.

Then Elder Jeffrey R. Holland came and announced the First Presidency’s decision to close the school and turn it into the Mexico Missionary Training Center.

“I couldn’t believe it,” says Kasandra. “I found myself asking God why it took me two years to get there only to have to return home after just one year. I didn’t want to go back.”

After Kasandra returned home to finish her studies and was nearing graduation, she remembered that her host at Benemérito had suggested LDS Business College. “I found the website and started to watch their YouTube channel,” says Kasandra. “I watched every single video. I definitely liked the idea of living in Salt Lake City and starting college at a smaller school. I started my application, and my family saved money for my education.”

Then Kasandra’s mother was diagnosed with breast cancer. “That changed everything,” Kasandra says. “My mom knew how important a college education was for me, but she asked if we could use my college money to pay for her treatment. I had no doubts and said we would be fine.”

After graduation, Kasandra helped care for her ailing mother, cook for her siblings, and take them to school. She would then go to the gym and help her dad with his business. She learned to use Photoshop and did social media for his business. She also used social media to reach out to single adults in her ward, and when she volunteered as an EFY counselor, she used her skills to design an electronic ticket and a Snapchat code to subscribe 1,000 teenagers.

“I started to work on my college application again before my mom finished her cancer treatment,” says Kasandra. “But I failed the required English proficiency test by two points. I was really disappointed and felt so stupid.”

Kasandra then learned she needed to move with her mom to Puebla—six hours from Oaxaca—where her mom would finish her treatment. “I found my English teacher there, who had moved to Puebla after Benemérito closed its doors,” says Kasandra. “I told her about my goals, and she offered to help. I stayed in her home for two weeks and took an intensive course in English.”

Kasandra retook the English proficiency test and passed. When she applied to LDSBC, she was accepted, and she then made arrangements to move to Utah.

“When I arrived, I found that everyone at LDSBC is here for a reason,” says Kasandra. “Students were really nice to me and had such strong testimonies. I felt so grateful that I could talk about God in every class and my good male friends were worthy priesthood holders.”

Two years have already passed, and Kasandra has made the most of her college experience. She joined DECA, became an officer, and won several regional and national awards in marketing strategy. And she earned an academic scholarship for her second year, which eased the financial burden on her family.

“It was a tender mercy,” Kasandra says. “When I found out I was getting a scholarship, I felt grateful to receive such a great blessing.”

With gratitude for the sacrifices donors have made to enrich her life, Kasandra says she has a desire to work hard because she knows there are people who believe in her.

She is excited to enrich others’ lives and celebrate diversity by mentoring international students at LDSBC. She continues to look for more ways to give back.

“After winning a DECA award, I was invited to a presidential dinner. I met some donors there,” she says. “My education has been possible because of their donations. I am so grateful to donors who are helping students like me change not only our lives but the lives of our families. I am seeing the ‘better days ahead’ I yearned for years ago.”