Brittany Strobelt takes childlike delight in being the only English major in the Chinese Flagship program at Brigham Young University - which is no small feat for a non-native Mandarin-speaking student who once believed in fortune cookies.

She takes further delight in being the only one who plans to become an English professor and study China’s influence on British literature. She realizes, at first blush, that the value of this emphasis may not be evident. But, she contends, this knowledge will lead to better understanding of and relationships with people from the most populated nation on the earth. 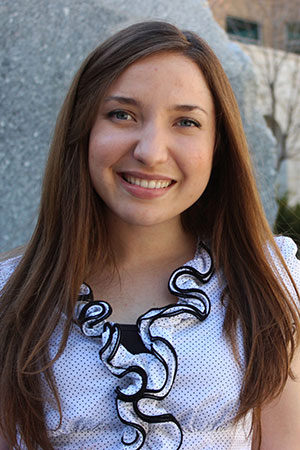 “I am determined to make an impact,” she said, displaying her raw enthusiasm to do good.

Brittany is nearing graduation from the College of Humanities. She thrives on the study of what it means to be human. But there was a time when she was poised to study closer to home in Phoenix, Arizona. As she weighed college options after high school, it seemed more cost effective to study at nearby Arizona State University.

Brittany had received a full-tuition scholarship from BYU and knew of the school’s excellent academic reputation, but she was reticent to follow the migration of her friends to BYU and was instead inclined to forge an independent path.

She enrolled at ASU, where she had also received a scholarship, and prepared for classes. Still, she wasn’t altogether satisfied with her decision. One day she put pen to paper to discover that despite her scholarship, she would incur significant student debt to pay for living expenses to attend ASU. She then realized that with her BYU scholarship she could receive a top-tier education without requiring a student loan.

She abruptly changed her course of action and the miracles began. She met the right people who had the right solutions to her challenges and questions. During her freshman year at BYU, although she was already enrolled in a French class, she explained, “I discovered the Chinese Flagship program and instantly felt that such a program was suited for me. I signed up in Mandarin 101 the next semester while still taking French. I had a passion for French, but I really fell in love with Mandarin.”

The next fall semester, she was admitted to the Chinese Flagship program. While in the program, she was assigned a native Chinese tutor who met with her twice a week to practice listening and speaking skills. “It was incredibly difficult my first meeting or two,” Brittany said, but “I soon began to understand more and more and asked less and less.”

The Chinese Flagship program has not been a cakewalk, she added. Nevertheless, “my desire to study Chinese stems from the existence of the program at BYU, which seeks to propel the level of students beyond normal standards achieved by other undergraduate programs.”

The summer after her sophomore year she was accepted to study in an intensive Chinese language and culture program in Harbin, China. She returned to BYU as a junior to take advanced language classes as one of the few students who had not served as a Mandarin-speaking missionary.

At one crucial juncture during her junior year, when she was weighing the worth of several possibilities for further specialized training in language training against the cost of incurring debt, she heeded the counsel that she had heard during a campus devotional. It helped her see more clearly the value of options and opportunities that required a leap of faith. Emboldened by what she thought was best, she opted for more intensive language training that required fitting other classes into a compact schedule to meet graduation demands.

As a result, she has had to work harder and be more clever in solving problems. In the process she has been exposed to new treasures of learning. Beyond academics, her experience at BYU has been a tutorial in working with heaven to shape her life.

In addition to identifying the influence of her mother, who, she says, “was willing to sacrifice everything for her family,” Brittany recognizes the impact of many faculty members. “It’s almost overwhelming to me how supportive and selfless professors have been,” she said, noting two professors who were especially confident in her abilities. “In all honesty, I still do not know what they saw in me.”

She now prepares for her senior year and gratefully anticipates a mentored-learning scholarship that will allow her to study eighteenth-century British poetry through the means of digital humanities technology and algorithms. By tagging more than 1,000 poems, she hopes to discover what events of the times might have influenced the authors of the day, such as Thomas Paine and Jane Austen."

“The donors who have supported me have been vital in propelling me along,” she said, “in helping me to realize that what I’m doing is significant, encouraging me to work even harder.

“To the donors of the Eliza R. Snow Fellowship, I want to express how awed I am that you recognize the value of humanities and how vital the study of humanities is to our world. I know many struggle to see its value."

“With your generosity, I hope to further the skills that I have been developing in order to help my work be more meaningful.” 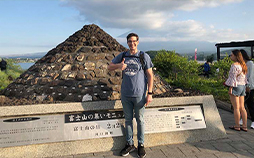 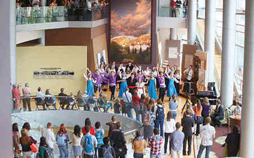 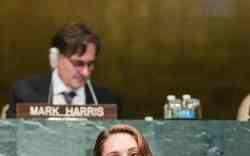