Finding and Feeding a Passion 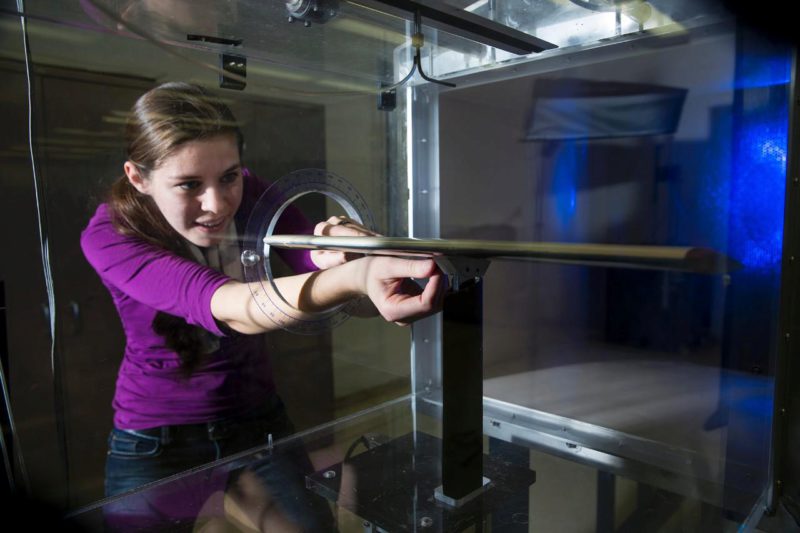 Once Amy Briggs found engineering, there was no stopping her. She’s the daughter and granddaughter of engineers, the president of BYU’s Society of Women Engineers (SWE) and a future product design engineer for a major tech corporation. But when Amy Briggs started college, she had no intention of majoring in engineering.

Starting her journey at BYU-Idaho, Amy bounced from major to major—first accounting, then exercise science, and then earth science education—before taking a physics class that she says “explained the world around me in a way I hadn’t heard before.” Even still, when she transferred to Provo she left her major undeclared. One semester later she left on a mission to the Philippines with lingering questions about her vocation.

On her mission she pondered on some career advice President Henry B. Eyring’s father had given him: “You ought to find something you love so much that when you don’t have to think about anything, that’s what you think about.”

As she and her companion rode in a three-wheeled motorcycle taxi over a bumpy road one day, Amy found herself thinking about the suspension system that absorbed the shock. “I was trying to figure out the physical world around me—the things I’d learned in physics,” she says. “I realized that’s what I think about when I have nothing else to think about. I realized I either wanted to be an applied physicist or a mechanical engineer.”

Amy realized she’d much rather be creating and building than running experiments in a laboratory, so she chose mechanical engineering.

Amy used to teach at the MTC, but following some divine inspiration, she quit that job and sought out ways to apply what she was learning in her major.

“I ended up in [Assistant to the Dean] Lisa Barrager’s office, and she told me about the WE@ BYU mentorship. She said, ‘The deadline for applications is actually today, but I’ll give you until tomorrow.’ So I applied and got the mentorship.”

“My mentorship taught me not to be intimidated by challenges,” she says. “I didn’t really know what I was doing, but I found that asking questions is the quickest way to succeed. There was always someone who knew how and could teach me.”

For three summers, Amy interned at HP Inc. In her last semester at BYU, she worked with Dr. Crockett, a graduate student and a small team of undergraduates to design and build an experiment setup for using particle image velocimetry to better analyze different fluid behaviors. She also became the president of the SWE.

“A lot of LDS women who would be interested in engineering don’t do it because our belief in families is so strong,” she says. “My dream is to be a stay-at-home mom, but even if you are a stay-at-home mom, you never know when you will need to provide for yourself. And it wasn’t until I chose mechanical engineering that I felt I had a major that interested me, led to a career I would enjoy, and helped me fulfill my potential. I felt confident in pursuing engineering because of the priority I place on families.”

Now she’s headed for a position with Raytheon. Amy knows her success came because of her willingness to jump in with both feet and seek out mentored-learning opportunities.

“BYU gives so many opportunities to undergrads,” Amy says. “If a mentor is willing to help, a student can reach greater heights than they could without it. That’s the power of mentored learning.” 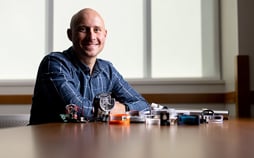 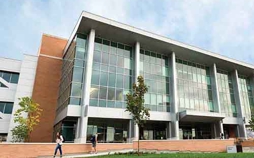 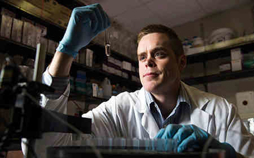