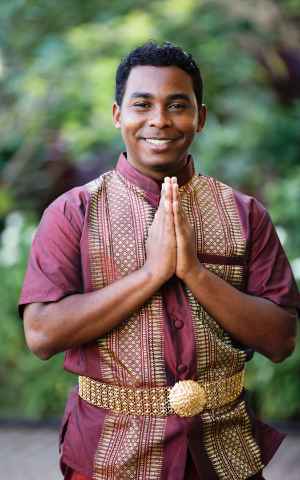 The Hawaiian Islands abound with such verdant flora that it’s easy to forget they were once barren, volcanic landscapes. Given time and the right conditions, living things can thrive in unforgiving environments.

The same can be said of Pattica San, a BYU–Hawaii sophomore from Cambodia. Pattica experienced almost no love as a child growing up in an emotional wasteland. But by the grace of God, and with support from people acting as instruments in the Lord’s hands, Pattica emerged from his troubled childhood as a compassionate young man. Now he is seeking to help others with the knowledge and skills he is learning at BYU–Hawaii.

As a three-month-old infant, Pattica was abandoned under a tree by his mother and left to die. She would have sold him—as she did with her other unwanted, illegitimate children—but Pattica’s father was from Cameroon, and no one would buy a half-black baby. Pattica’s life was spared when his grandmother found him, crying with ants crawling in his nose and mouth, and took him in.

With dark skin and absent parents, Pattica was a victim of crushing racism and ridicule as a child. “I got bullied, I got mocked, I got beaten sometimes,” Pattica says. “I never felt accepted. People still do not recognize me as Cambodian simply because I don’t look like them, even though I speak the language, perform traditional Cambodian dances and songs, and do everything regarding Cambodian culture.”

When Pattica was eight years old, his mother returned and took him and his three-year-old half-sister Pattina away from their grandmother. “She pretended that she loved us and wanted to take care of us,” Pattica says. But before long she abandoned them again, this time in a city where they lived on the street as beggars until someone recognized them and returned them to their grandmother. 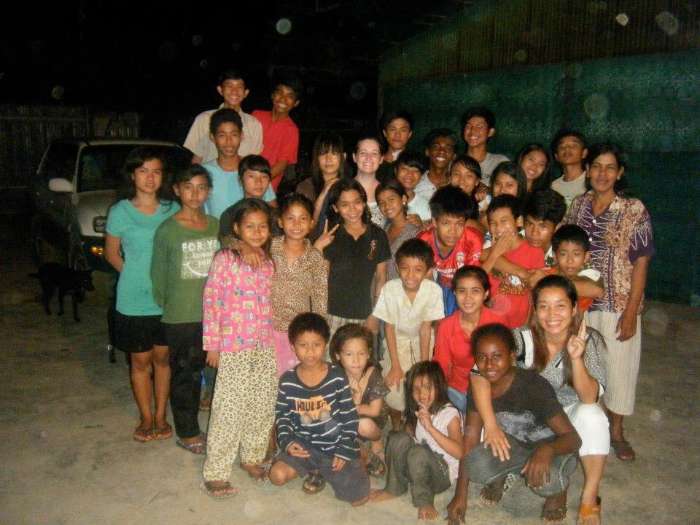 Pattica was sent to live in an orphanage when he was 10 years old, and that is where he found the gospel of Jesus Christ and where the emotional scars of his childhood began to heal.

Pattica’s grandmother provided for him until he was 10 years old, when she sent him and his half-sister to live in an orphanage in hopes of improving their circumstances. That was when Pattica’s life began to turn around. The orphanage was run by members of The Church of Jesus Christ of Latter-day Saints, and even though Pattica was raised Buddhist, he attended church almost every week and his emotional scars began to slowly heal.

At first Pattica had little interest in joining the Church, but when he was 18 years old and became serious about his life, he began searching for spiritual guidance. “I went around to many churches,” Pattica says. “It was fun and interesting, but it didn’t feel right. In the end I went back to my orphanage mothers and asked them if I could learn more. They introduced me to the missionaries, and six months later I was baptized.”

Then to Pattica’s astonishment, the chairman of his high school approached him and offered to place him in the 12th grade. Pattica accepted and graduated in spite of skipping two grades. Then he kept his word and served as a full-time missionary in Brisbane, Australia. Before leaving for Australia, he taught and baptized his half-sister Pattina.

“I couldn’t say no to God anymore,” Pattica explains. “I had seen a miracle. I had received a confirmation that serving a mission was something I should do. And I’m glad that I did. It was on my mission that I learned to love people.” 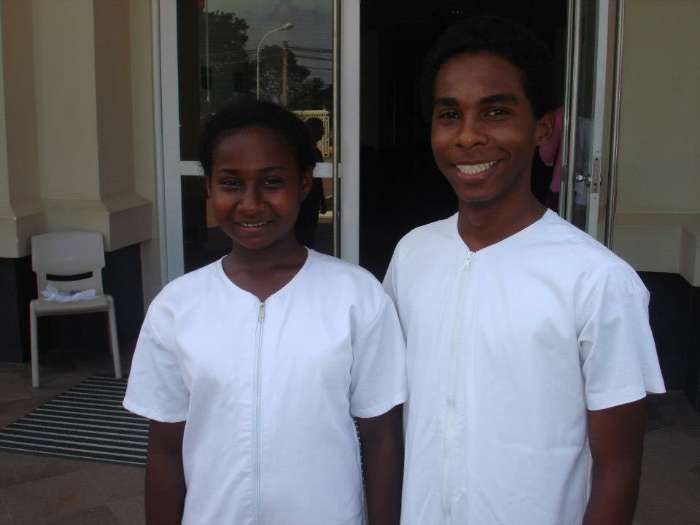 Pattica taught and baptized his half-sister Pattina before he left Cambodia to serve a full-time mission in the Australia Brisbane Mission.

Back when Pattica was 10 years old, several BYU–Hawaii students and professors visited his orphanage. They described BYU–Hawaii as an amazing and fantastic place, and they encouraged Pattica and his peers to study hard so they could get good jobs and change their fortunes. The idea that education was the key to opportunity lodged in Pattica’s mind, and he promised himself then and there that he would one day attend BYU–Hawaii.

While Pattica served as a missionary in Australia, he asked his companions to help him learn English so that he would be prepared to take the English language proficiency exam. He scored well on the exam, but his application to BYU–Hawaii was rejected. The university was not accepting students from Cambodia at that time because too many students in the past did not return to Cambodia, which made it difficult to secure visas from the U.S. Embassy in Cambodia.

Pattica was not deterred, and he reached out directly to the admissions office at BYU–Hawaii. “I told them they couldn’t close off Cambodia, because there are many kids like me who need BYU–Hawaii in order to enlarge their opportunities and have a bright future.” In response to Pattica’s appeal, BYU–Hawaii’s director of admissions, James Faustino, wrote to the U.S. Embassy in Cambodia and explained the university’s IWORK program and its emphasis on students returning to their home countries. As a result, Pattica received his visa—which was “nothing short of a miracle,” says Faustino—and was admitted as the first IWORK student from Cambodia in eight years.

When Pattica arrived at BYU–Hawaii he chose to study business management and political science. One of his professors had been to Cambodia years ago, and as they talked about it they discovered that she was the one who visited his orphanage all those years ago and left such a strong impression on Pattica.

“I got to meet the very person who introduced me to BYU¬–Hawaii,” Pattica says. “She showed me pictures from her trip—and I was in the pictures. A bunch of my friends were in the pictures too. It was very touching.” 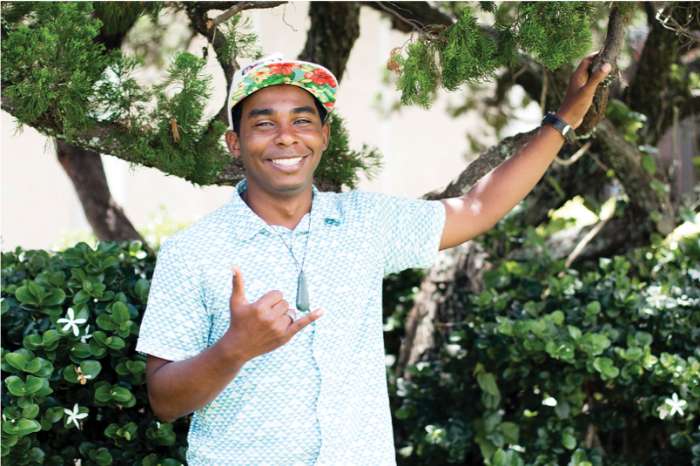 When Pattica first arrived at BYU–Hawaii, he says “it felt like a dream I’m going to wake up from.”

The trials that Pattica endured in his life left him with an unexpected gift: empathy. And now that his life is looking up, he is looking out for the well-being of others.

Pattica took a trip back to Cambodia in summer 2018, and with a year and a half of business schooling under his belt, he noticed something about his country that he hadn’t noticed before. There are many Cambodian women who work from their homes making beautiful silk products, but they must sell their wares at low prices because they don’t have access to markets where they can sell at full value.

“I thought to myself, ‘No way. They cannot sell their masterpieces at such cheap prices,’” Pattica says. “Cambodian silk is good quality. It’s very special and very beautiful. It has a lot of potential if it can be brought to America.”

When Pattica returned to BYU–Hawaii, he applied the things he learned in school to launch a social enterprise that leverages the business opportunity he discovered and that also helps silk artisans in Cambodia. He recruited Pattina to work closely with local women to produce silk scarves, and he began marketing the scarves online and selling them in the United States. “If the women have access to better markets, they can sell their products at good prices,” he notes. “It will help them become more financially stable and independent.”

But for Pattica, the business is not just about increasing earnings. He also wants to alleviate the physical and emotional travails of women and families. According to Pattica, a lot of Cambodian women suffer from abusive relationships and have no escape because they rely completely on their husbands for their material needs. He says, “I see my business not only as an opportunity to help women earn their own money and be more independent but also as something that can stop domestic violence. That’s what I see as the ultimate goal.”

Pattica is in the early stages of developing his business but already has plans to expand. “I want to look for other beautiful products, like clothing and jewelry and others, that local women can make,” he continues. “And I want to work with more women so I can give them jobs and help more people.” 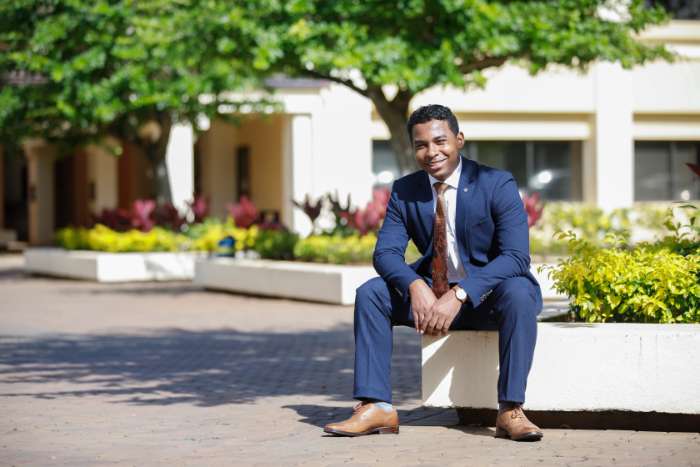 Despite enduring a troubled childhood, Pattica was blessed with many tender mercies in his life and with angels who supported him along the way. He knows that his education at BYU–Hawaii is thanks to you and other donors who help fund the university and the IWORK program. When asked what message he had for you, Pattica said the following:

Never underestimate a poor orphan kid and the power of your charity. Right now you might not think it’s that important, but it’s very important to the person you are helping, because it might be something that he [or she] needs in order to succeed.