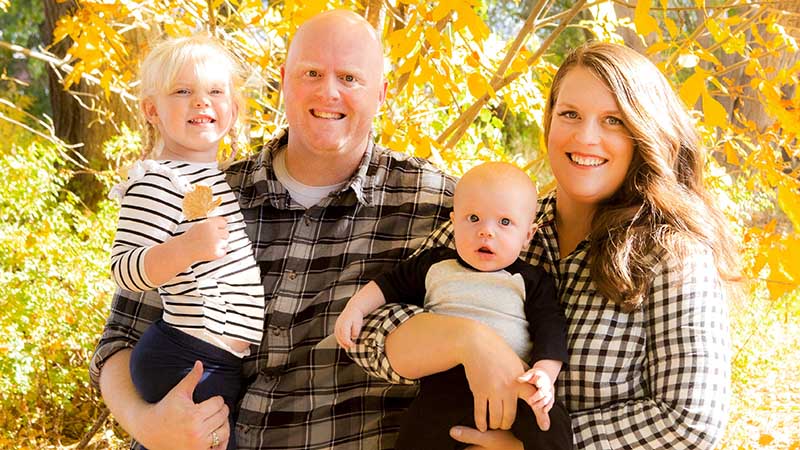 When Rebecca Millard worked at Philanthropies, a department in The Church of Jesus Christ of Latter-day Saints, she did not anticipate setting up a deferred gift at such a young age in support of a college she had never attended, let alone knew little about. However, when Millard was assigned to projects for Ensign College and began working with faculty members, she became attached to the students and the college’s mission of training students to support themselves and developing them into leaders. “I was really impressed with the school, and when I got to work with the students, I was even more impressed,” she says. “There’s a very special feeling and spirit there.”

Already donating what she could to other Church sponsored schools, Millard found it overwhelming to do more, until she heard a Gift Planning Services presentation from one of her colleagues that helped her realize how simple and manageable something like planned giving can be. “I thought, ‘Wow, that’s easy! I can do that.’ And so I set it up,” she says.

After getting married, Millard and her husband, Dallin, discussed including donations to Ensign College in their financial plans. Dallin attended events Rebecca planned for the college, and they both felt impressed to keep making contributions to the college. “We got to hear some of the students’ personal stories, see the huge impact donors have, and see how it changed the students’ lives.”

Millard continued to feel they were making the right decision as she learned how unique and meaningful the college is to its students and faculty. “Almost every student is on scholarship at Ensign College,” she says, “and many of them are not the traditional student. I want them to know people believe in them, support them, and want them to find success as leaders in their communities and to make where they live a better place.”

One of the most powerful experiences Millard had while working with Ensign College came from an event in which students left thank-you notes to donors. While going through the cards, Millard opened one with a five-dollar bill tucked inside and a message thanking those who had put together the dinner for the event. The food was the first this student had eaten in a week due to personal tragedy, and she wished to give her last five dollars to the people who had made it possible for her to be at school. “That, to me, shows a lot about these students,” Millard says. “They’re in really difficult situations sometimes, and they still recognize they’re blessed to be there and want to then bless others.”

Millard encourages anyone who is thinking about establishing a planned gift or offering any kind of donation to know how easy and important it is to give on any level. She says, “When we pause and recognize all the blessings that we’ve received, it becomes very easy to then say, ‘Okay, I really do want to help other people’—regardless of what point you are at in your life. There’s always something we can do to help. The students really do need it, and they recognize the blessing that it is to receive financial help.”