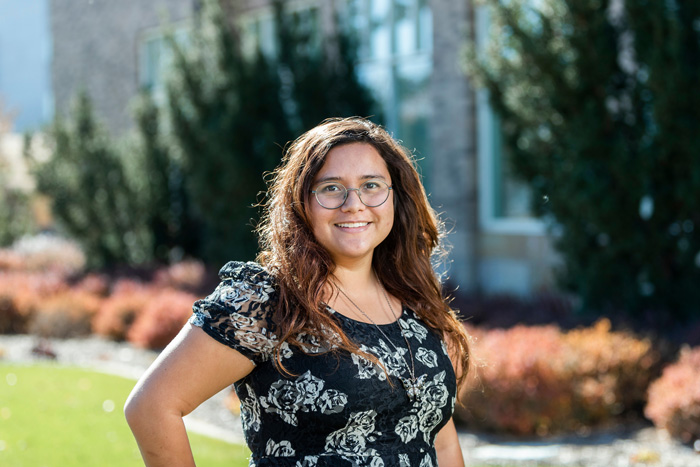 “Almost immediately, I had the chance to work as a research assistant, which pays a little more than most on-campus jobs,” she says. “I didn’t have a lot of food or money, but I had a box of granola bars. And there was this really sweet girl named Stephanie who I met in my religion class and who was also an engineering major. She was on the freshman meal plan, and she let me in with her almost every other day for a month. She probably saved my life.”

With her father out of work, her family lost their house and moved in with relatives—three generations living under one roof. Her father’s job hunt yielded interviews but not jobs until he started looking for teaching positions. He found a teaching job 10 hours north, and their family moved. But just as their financial position improved, Thalia’s worsened as her GPA dropped in her upper-level classes and she lost her scholarship. She’d also left her research assistant position and took a job cleaning the Wilkinson Center for 18 hours on the weekends, and she got a need-based Signature Scholarship.

“At one point, I called my dad and said, ‘Should I just come home and work?’” she says. “He’s a teacher, and he really values education. He said something like, ‘No—you need to get that engineering degree so you can earn bank and bail out our family.’”

The summer before her senior year, Thalia found an internship that paid her more than twice what she was making on campus, giving her enough money to get by and even send a little extra home. And to top it off, she received another Signature Scholarship when she got back to school. She’s getting closer to graduation and, she hopes, financial security. And when that comes, she hopes to make a difference for others.

“Without my Signature Scholarship, there’s a good chance I would’ve given up and gone home,” she says. “Someday I want to pay back BYU and fund at least one scholarship for someone else. There’s just a good spirit of service around here, and I’m so grateful.” 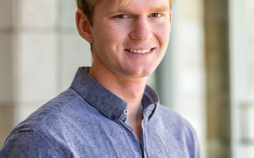