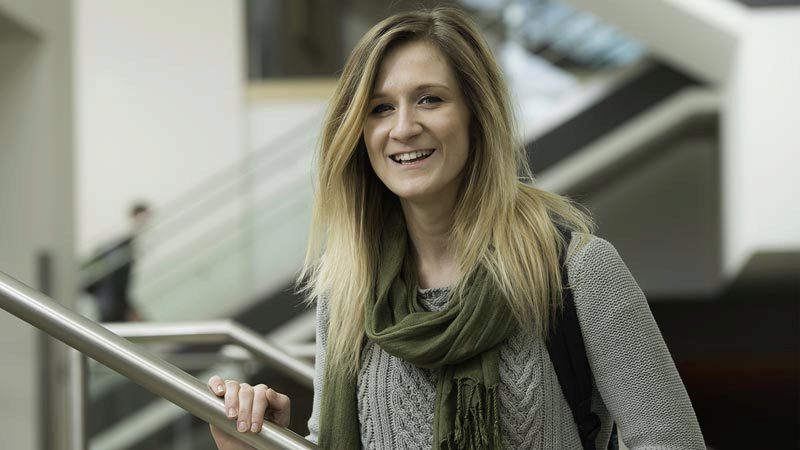 Not far from England’s eastern coast in the countryside that inspired the setting for Disney’s 101 Dalmatians lies the small town of Beccles, Suffolk County - population 10,000.

For tourists on their way to Covehithe Beach, it might warrant a brief stop for a picture in front of the bell tower at St. Michael’s Church; otherwise it’s just a quiet, pastoral village nestled against the Waveney River. But for Alice Mackay, it’s just home - the familiar place where her story book ends.

It was in Beccles that her father, a military vet suffering from PTSD, divorced from her mother shortly after 8-year-old Alice was baptized in an LDS Church. That was also where her mum became sick with cancer, and where, at an age when American teens are getting their driver’s licenses, Alice made the decision to leave school so she could work and help at home.

For most students, that might’ve felt like a tough blow, but Alice concedes she was never much of a student. She misbehaved or missed classes, she says, and most teachers didn’t feel she was worth their time.

“Honestly,” she remembers, “I didn’t fail, but I might as well have.”

She took a job with a local orthopedic surgeon who kept telling her, “You need to get educated; you’re better than this.” So Alice enrolled at a local college - and then quickly decided higher education wasn’t for her. Her mum, she reminded herself, had never gone to university, and her dad had joined the army right out of school. It just wasn’t in her blood.

“I thought for a long time that I was dumb,” she says. “I’d tell myself, ‘You’ll just fail.’ So I’d try but not really try. And besides, I didn’t have enough education to get an education.”

She seemed destined to work the rest of her years away at a service job or the like without ever leaving much of an impression on the bustling world around her. But one day, Alice’s life took a detour, and it never quite looked the same again.

“You’re Not Going to Believe This”

After her mother entered remission and things settled down at home, Alice and her friend Leanda cooked up an idea. Fresh from earning a degree at Brigham Young University-Idaho, Leanda was entering medical school in Leeds, a far-off city that was home to both a large, historic university and an exciting young adult scene. Wouldn’t it be great if Alice came to be her flatmate?

So Alice applied and found a job at the university “that paid tons more than the surgeon’s office.” And in her second week in Leeds, her friend Sam called with some big news: “You’re not going to believe this,” he said, “but they’re doing a trial of the BYU-Idaho Pathway program in Leeds.”

As excited as she was, Alice was no stranger to distance-learning programs, and she’d never found one that worked for her. She enrolled anyway - and quickly discovered that Pathway was very different. Instead of being left to figure everything out on her own, she had a weekly gathering with supportive students and a study skills course that gave her strategies for academic success. And to her surprise, she was getting straight A’s.

“This is the first time I’ve felt like, ‘They really want to help me,’” she says. “When I saw my grades, I thought, ‘I really can do school!’ I decided from that October to apply for BYU-Idaho.”

The acceptance letter came, and before Alice had even completed Pathway, she was on a flight over the Atlantic. She marveled at the snow-capped mountains above Salt Lake City before turning northward for the arid potato fields of southeast Idaho.

“I was so nervous that I was going straight into full-time education when I hadn’t really done school in seven years,” she says. “I was rubbish at math, and I didn’t really know anything about English and the humanities. I told myself, ‘If I don’t get good grades, I don’t care.’”

Yet when the semester started, that couldn’t be further from the truth. Alice got good grades - and she cared. Any time she wasn’t at her job at the David O. McKay Library, in class, or out battling the frigid Idaho weather, she was at the tutoring center getting all the help she could find from knowledgeable fellow students.

There were other challenges aside from homework and tests, however. Even with her job, which was limited to a 20-hour workweek for international students, Alice didn’t have quite enough to cover her living expenses, tuition, books, and food.

Fortunately, she sought help from the Financial Aid Office and was awarded a small scholarship. Truthfully, helpful strangers - generous donors who sustain Pathway, Pathway missionaries, tutors, professors, and classmates - had been there all along as guardian angels. And when she thinks of the help she’s been given, Alice is overcome with emotion.

“I cried when I got that scholarship,” she says. “I’d been working 40–50 hours a week before I came, and I’d saved so much. But it wasn’t enough. I was just so grateful.”

Alice’s story is far from finished - she still has a long way to go to complete a degree - but thanks to the help of others and her own determination, a happy ending looks more likely than it ever has before.

“When I came [to BYU-Idaho], I thought, ‘I just want an associate degree,’ but now I’m thinking, ‘I could get a whole bachelor’s degree - I could even go to Provo and get a master’s if I like!’ I’ve learned that if you want it enough, if you’re interested enough, you can succeed.

“Education,” she says, “is not something you’re just born with.”