Going Places - With Your Help 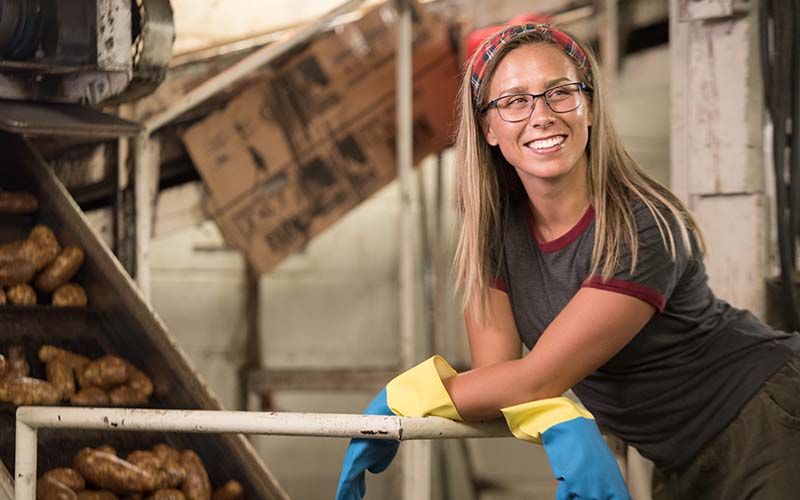 Ashton Wise had done a year at BYU-Idaho, served a mission to Wisconsin, and even spent a year at BYU in Provo when her father lost what had seemed like a steady job. Her little sister had just left on a mission, and Ashton had just broken off an engagement, so she decided it was time to spend a semester working at home to save some money.

“I came home one day, and my parents weren’t home, which I thought was odd,” she remembers. “My dad had had a cardiac event all of a sudden and went to the emergency room. They did some tests and realized he was just days away from having a heart attack and he needed open-heart surgery that cost $200,000.”

After her father’s near heart attack, Ashton wasn’t sure what to do. Should she go back to BYU or BYU-Idaho? How could she afford either of them when her parents couldn’t provide any support? “After my dad’s cardiac event, I real- ized I needed to turn to someone for help, but I didn’t want to ask anybody,” she says. “I decided to go back to BYU-Idaho, and that’s when my mom told me to apply for need-based financial aid.”

Gratefully, Ashton received aid from the university—but that wasn’t all. She also got a job working at BYU-Idaho’s Admissions Office. Then, when she didn’t have classes in the Spring Semester, she took another job at a potato factory and a third job working weekends in West Yellowstone. Just when she thought her life couldn’t be busier, she was called to be Relief Society president in her student ward.

“I keep telling myself that I’ll sacrifice now, pay my tithing, and somehow things will work out,” she says. “And I get free spuds working at the potato fac- tory—it’s the most Idahoan job ever!”

Sure enough, the blessings are rolling in. Ashton’s father recently found employment in a different state, her sister is having a great mission (also in Wisconsin), and Ashton is growing in ways she never expected. Volunteering at a half-marathon earned her a free entry into her first marathon. She’s working hard, learning a lot, and enjoying the process.

“Education is really the way to become godlike, and that’s invaluable,” she says. “There are so many things that college encompasses that go beyond a degree. When I got financial aid, it made me feel that I’m going places now because someone helped me get there. Gratitude doesn’t really suffice, but I’m grateful.”