In a Good Place 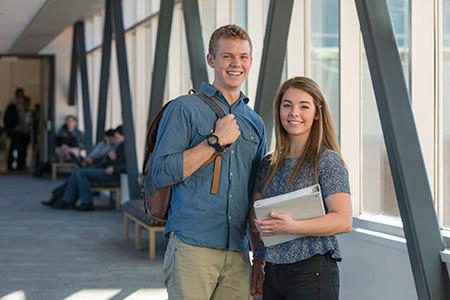 “Amazing” is how Martina Thomas describes the nanny who introduced her to the The Church of Jesus Christ of Latter-day Saints years ago. Baptized when she was 12, Martina later moved to Utah - where she discovered she enjoyed being surrounded by members of the Church.

“I appreciated everyone having the same values I had,” she says. “I made some incredible friends, and the environment allowed me to thrive.”

While in Utah she also discovered her professional calling in nursing and medicine. After high school she became a medic in the Utah Army National Guard and left for seven months of training. When she returned home, she realized she had some decisions to make about what to do next.

“I decided to do what was going to bring me closer to my Heavenly Father and help me feel the spirit more,” she says. “I had been missing that, so I decided to go to BYU-Idaho.”

Pursuing a degree in nursing, Martina quickly discovered the blessings of the BYU-Idaho experience. “I’ve never felt so content with life,” she says. “BYU-Idaho provided a place where I could grow spiritually.”

Even with her National Guard income, Martina still had financial pressures. Fortunately, she received a scholarship in her second semester. “It’s made everything easier,” she says. “The last thing I wanted to worry about was financial issues, and that scholarship took all of that stress away.”

Now, she’s leaving on a French-speaking LDS mission to Montreal, Canada - something her BYU-Idaho experience helped her prepare for. When she gets back, she’ll complete her nursing degree and then enter the workforce.

“If you put yourself in a good place,” she says, “good things will happen.”