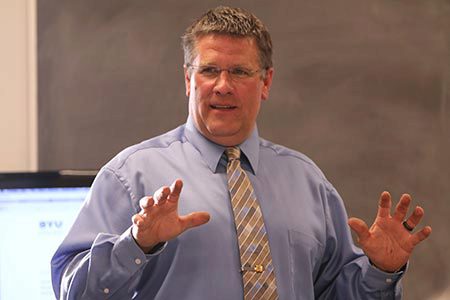 The only thing wrong with David Decker’s life was that there was nothing wrong. He knew a happiness and satisfaction that bordered on bliss. Sure, life was life, with a glitch here and a snag there. But in the big picture, there were no creditors beating down doors and no tyrannical rulers imposing oppression.

Personable and outgoing, David had built his own business over the years into a success that provided a comfortable lifestyle. With three daughters married and the last child soon to leave the nest, he and his wife viewed the horizon with a golden glow.

Yet after all the blessings that came of living a life true to the gospel, he harbored a niggling feeling that all was not right, that he hadn’t hit top speed. It seemed that the Lord had more for him to accomplish, and to achieve it, he needed more education.

“In the last few years,” he said, “some major things have happened that have given me the chance to reevaluate my life. I know the Lord has bigger plans for me. He directed us to move to Rexburg, where I have seen a high caliber of people with knowledge and spirituality. I feel pushed. I feel an irrepressible need to improve.

“I don’t know what the Lord has planned or where this will go. But this is what the Lord wants me to do. The timing is right. I feel inspired to do this.”

After arranging affairs at home and work—and going contrary to the conventional wisdom of those his age—David joined the Pathway program sponsored by BYU–Idaho as the means to return to higher education to prepare for the next phase in life.

“Why me?” he was sometimes prone to ask himself when he stopped to consider his unusual path.

Over time, with added experience, he’s come to answer his own query. “I am starting to see in me things that were not considered before. I approach this adventure with the counsel from Joshua 1:9, to ‘be strong and of a good courage.’”

Pathway is a low-cost educational program that combines online learning with support in a local group setting. The aim of the program is to help those who haven’t had success in school by preparing them for additional education. The program has widespread application around the world and is growing as fast as local leaders are being trained.

You can help defray costs with a generous donation, and, in the process, put a family back on the course of hope and self-reliance. 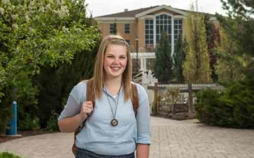 More Than a Degree

When you help a student attend BYU-Idaho, you’re giving them more than a degree. Find out how your donation makes a difference.