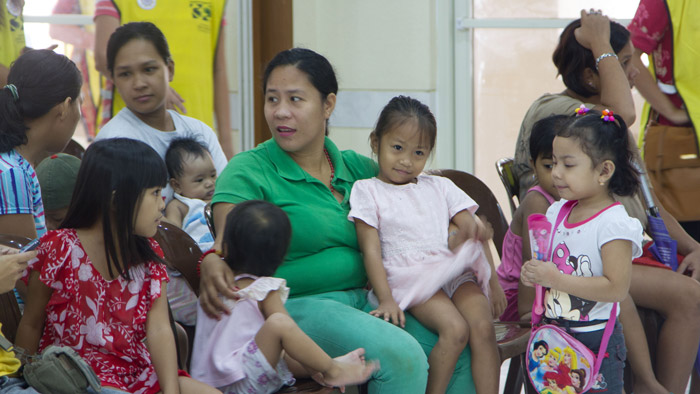 Humanitarian Services works with global immunization partners to increase routine vaccinations and reduce the number of lives lost to preventable diseases. Last year they had ten campaigns to eliminate disease in developing countries. People in 48 countries and territories have been helped since 2002.

One hundred percent of every dollar donated is used to help those in need without regard to race, religion, or ethnic origin.

The lives of 54,000 children were improved following an immunizing campaign in Cape Verde, Africa. The effort was made possible in part by the mobilization of 600 Church volunteers on six islands who worked 4,200 hours to promote the campaign door-to-door. 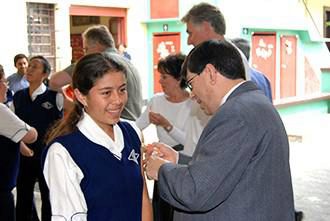 The Republic of Cape Verde is an island country spanning an archipelago located off the western coast of Africa.

“The campaign was a great success!” said Isaías Barreto da Rosa, a member of the Cape Verde mission presidency. “We had a great involvement of people from the six islands where the church has branches, especially the youth and young adults. Members worked with local ministries of health for the campaign.”

The district produced a radio spot promoting the campaign in Portuguese and Creole, which was broadcast free on radios stations. “This measles program has definitely broadened our view of how we can resolve problems in our communities,” said President da Rosa. “It applies what Joseph Smith said: ‘A man filled with the love of God is not content with blessing his family alone, but ranges throughout the whole world…’ The members are asking for more activities so that they can help.”

“It was one of the most important moments in my life helping the health officials save the lives of our Capeverdean children,” said Antonio Pires, president of the Fogo district of the Church. “I felt a great love when I saw all the children of our municipality receiving the vaccine against measles and polio. I could see the love of our Heavenly Father in the face of each child we helped.”

Until recently, 750,000 people died each year because of measles. Promotion of vaccination campaigns by Church members, like than in Cape Verde, have dramatically reduced measles-related deaths.