When Olivia was injured, her dream of becoming a ballerina was over. With prayer and the help of a scholarship, she was able to find a new path.

The whole thing was Scott’s idea. We needed one more story to tell and only had ten minutes to find someone who met our criteria—a foreign student on scholarship at LDS Business College.

While we had sifted through several names and had found two American students for companion stories, we had found ourselves stymied on the third. So Scott had come up with a brilliant idea. “Let’s pray,” he said.

We found a small, vacant conference room on the second floor of the 10-story LDS Business College and offered a short prayer. Then we walked into the campus library. Scott walked right up to Olivia Clavijo and found out she was on scholarship. Even better, she was from Bolivia and had a compelling story to tell.

Olivia had come to the United States as a prima ballerina. Dancing was her life! The opportunities in Salt Lake City were so exciting, but then she suffered a tragic fall. The doctors later broke the news that her dancing days were over.

What does a 19 year old who is 4,800 miles from home do with information like that? Olivia cried. And then she prayed.

“It was devastating,” Olivia told us. “I thought my life would stop then and there, and that I couldn’t do anything else. It felt like my life wasn’t going anywhere, but I wanted something different. I wanted a better education. My best option seemed to be to return to Bolivia. I prayed and told the Lord my decision was to go back to Bolivia instead of just working here.”

The next Sunday, Olivia’s bishop invited her to meet with him. He told Olivia that during the week he had a meeting with the Stake presidency and was informed that a new Perpetual Education Fund type loan for inner-city LDS Hispanic students was going to be implemented by the Church. He had been asked to think of some young men and women who could benefit from it, and he had immediately thought about her. So he asked her if she would like to use this fund to go to school.

“I was surprised at how the Lord answered my prayer,” said Olivia. “His answer was so clear. It was like telling me, ‘You’re not going back to Bolivia yet. You will get some higher education here first.’ ”

Now, with several classes under her belt, Olivia is well on her way to a bright new future. She will graduate in summer 2011 in the college’s accounting and business transfer programs. She then hopes to get accepted to BYU to continue her business studies.

Life may have changed Olivia’s path in unexpected ways, but she’s confident of one thing: the Lord will continue to guide her steps and answer her prayers. The education she has received is a testament of that. 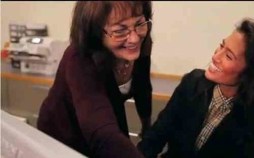 Adrienne Lauaki came from New Zealand to find her dreams fulfilled at LDSBC. 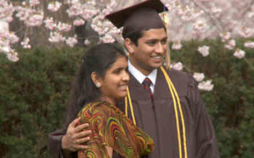 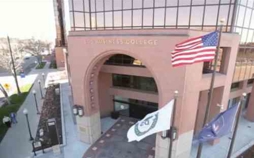 A top U.S. recruiting firm recently partnered with three of America’s best schools to provide better candidates for their Fortune 500 clients—like American Express, Wells Fargo, and AT&T. The three schools they selected? Cornell, Harvard, and LDS Business College. Why is everyone paying so much attention to the BC? Watch the video to find out.