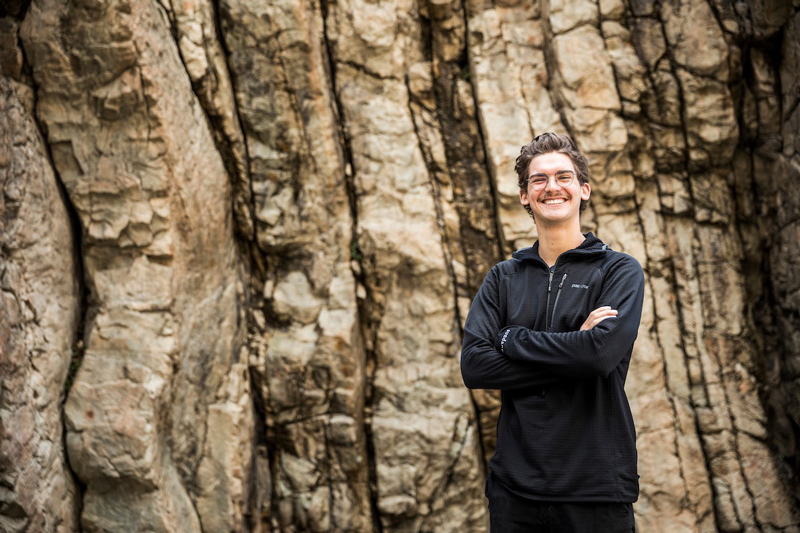 On the plane coming home from his mission in Hungary, Mitchell Hatfield sat next to a geologist from Texas who told him all about the field. Mitchell had taken a geology class before, but hearing about the profession this time gave him a different perspective. When he came back to BYU, he registered for another geology class and soon after changed his major.

“I took two classes from Dr. [Jani] Radebaugh, and she talked a lot about the research she was doing,” he says. “Over the summer, I was thinking about how I could get involved, so I emailed her and asked if she had anything I could work on.”

Right away Dr. Radebaugh gave him a formal mentorship assignment to work on samples from Veevers Crater in Australia. Scientists originally surmised that the picture-perfect crater had been formed when a meteorite struck the earth only 4,000 years ago. Others later suggested that it could be 1 million years old or older.

Mitchell didn’t travel to Australia to see the crater in person, and the results of his research won’t be complete until after his graduation. But ultimately he knows that his growth from doing research is infinitely more valuable than seeing his name in a publication. “The main thing it taught me was self-sufficiency,” he says. “You have this thesis, but the steps for how to get there aren’t spelled out for you. You have to figure out what the next steps are as you weave through your problem.”

Now Mitchell is headed for a master’s program and then a career in environmental consulting. Regardless of what his future holds, he’s glad he can draw from what he learned in his mentorship. “I definitely think it bettered my education,” he says. “For me, the experience I had doing research over the last eight months was one of the most important parts of my undergraduate career.” 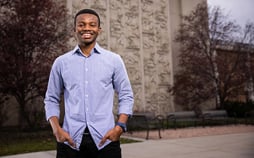 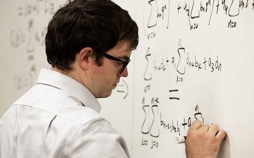 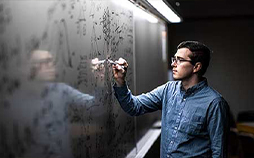 With more than 30,000 students at BYU, it’s not surprising that some of them don’t know where to turn when difficulties arise. That’s where Early Alert comes in.