More Than a Degree 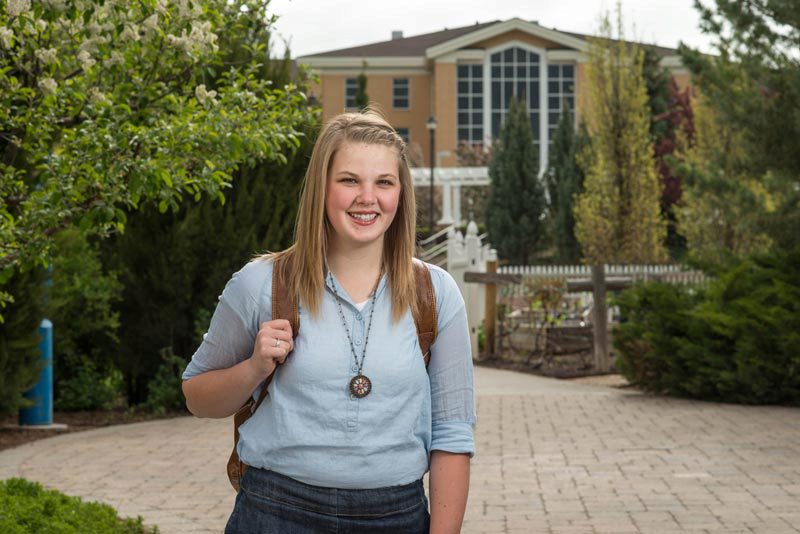 After she returns from her mission in 2017, Amanda Bishop will complete her degree in early childhood education and then, she hopes, fulfill a lifelong dream of working in childcare. But when she crosses the stage to collect her diploma, she knows her degree won’t be the only thing she’ll have gained from her time in Rexburg.

“I’ve grown so much,” she says. “When I first came here, I was really shy. I would keep my head down while I walked to class, and I didn’t talk at all.

“I feel like people have been put into my life over the past couple of years who have helped me grow. I’ve learned to put more effort into school, and I have a purpose. My education is going to get me somewhere.”

Amanda comes from a single-parent home. Her parents divorced when she was just 2 years old.

Her mother immediately went to work as a cake decorator at a grocery store and began studying to complete her degree. Eventually, Amanda’s mother became an elementary school teacher. While her salary was enough to feed her four children, it left little wiggle room.

“My mom is my role model,” Amanda says. “Even though life was hard, she still completed her dreams.”

When Amanda was about to graduate from high school, she thought she wouldn’t be able to afford to come to BYU-Idaho. But then, unexpectedly, she received a needs-based scholarship.

“My biggest dream is to help children, so that scholarship was a great blessing for me,” she says. “Now I can achieve my dreams.”