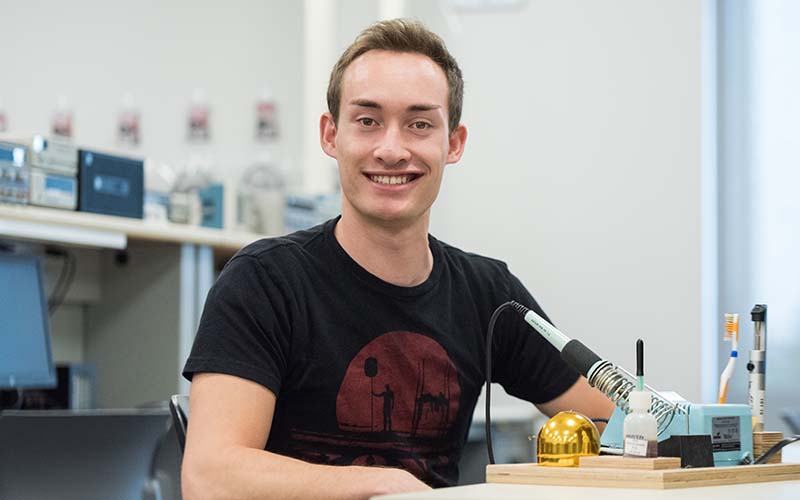 When Ryan Gilbert was in seventh grade, he took apart a disposable camera and figured out how to turn it into a weak taser, which he then used to gently zap a friend. At that young age, he decided he wanted to create something someday that would make a difference in the world.

The once-shy inventor later developed an important skill while on a mission to Australia: talking to strangers. At BYU-Idaho post-mission, Ryan used that skill to find mentors, ask questions, and learn more about his craft. It also helped when he was walking out of class one day and overheard a girl say she too had served down under. “Australia came up, and I jumped right in,” he says. “She was my first date after my mission.”

Nine months later, they married. But after missions, a few semesters of college, and their wedding, they were completely broke. Ryan’s father, who’d lost his job years earlier, was in the middle of trying to get a startup off the ground. Ryan’s in-laws, meanwhile, had another missionary to support and also weren’t in a position to help.

He and his wife applied for financial aid and found jobs in nearby Idaho Falls. Ryan took a position in an electronics repair shop and soon after received good news from BYU-Idaho’s Financial Aid Office. “We both got Pell Grants, and I received need-based financial aid,” he says. “Now we don’t have to worry about paying for food or the cost of rent for our apartment.”

Ryan’s world-changing invention hasn’t come yet, but he’s on track to achieve his goals. And thanks to financial aid, he can do it with a little less stress. “I wouldn’t have this opportunity if it weren’t for the financial aid I’ve gotten along the way,” he says. “I’m very blessed with all of the support and mentorship I’m getting.”