Retired but Not Done 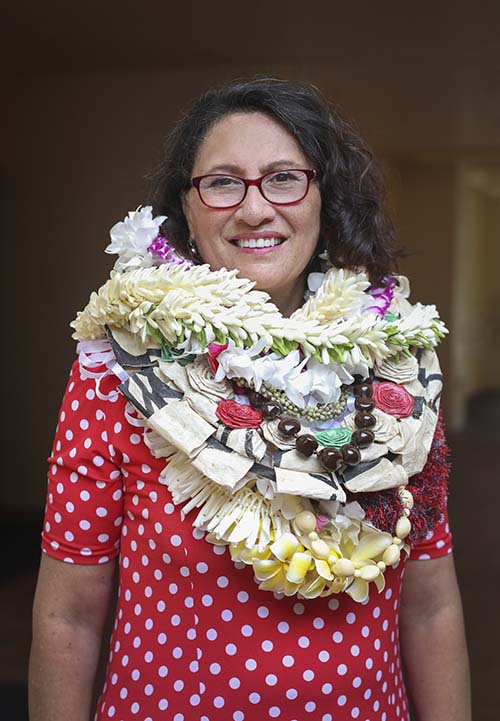 After nearly 30 years in the Church Educational System, vice president for student development and services Dr. Debbie Hippolite Wright retired from BYU-Hawaii. But after all those years of consecrated service as a professor and administrator, she is not done supporting BYU-Hawaii.

“I’ve been thinking about my responsibility to BYU-Hawaii,” she says. “My husband and I have contributed in terms of our knowledge and skills. Now we have made arrangements to contribute in a different way” - by becoming members of the Matthew Cowley Society, which comprises people who have included BYU-Hawaii in their estate plan. “We want part of our legacy to contribute to the ongoing important work for which BYU-Hawaii was established,” she adds.

Hippolite Wright’s love for BYU-Hawaii started well before she became an employee. She first came to BYU-Hawaii as a 16-year-old student from New Zealand. “Some very formative things happened for me at BYU-Hawaii,” she says. “It was here that I developed a testimony, even though I’m a sixth-generation member of The Church of Jesus Christ of Latter-day Saints. And it was here that I learned to live with and love people who are different from myself.”

After graduating from BYU-Hawaii, Hippolite Wright earned a master’s in social work from BYU in Provo and a PhD in psychology from the University of Waikato. She then practiced for many years as a clinical social worker and a marriage and family therapist in New Zealand, Hawaii, and the United States mainland.

When one of her former professors invited her to apply for an open position at BYU-Hawaii, Hippolite Wright felt a spiritual prompting to return: “I felt strongly that since I was familiar with the cultures and conditions that many students come from, I could assist them in developing knowledge and skills helpful to their home communities.”

“The Lord has given us this opportunity to refine our skills so that we can be instruments in His hands,” says Dr. Hippolite Wright.

Hippolite Wright taught in the social work department for 17 years before becoming a vice president, and throughout her time in the classroom and in the administration, “it’s been all about the students for me,” she says. “I feel blessed that I’ve had the opportunity to walk with many students on their educational journey. And it’s not only about secular learning. It’s been a blessing to help students grow and develop as people, as community members, as professionals, as husbands and wives, and as fathers and mothers.”

One thing Hippolite Wright always taught students at BYU-Hawaii was that “we have an obligation to use the skills we have for the good of other people,” she says. “The Lord has given us this opportunity to refine our skills so that we can be instruments in His hands.”

BYU-Hawaii appreciates her years of consecrated service to the university and her continued support through the Matthew Cowley Society.