Reconnecting with Her Roots

“The two main things I want to get out of BYU–Hawaii are cultural immersion and spiritual growth,” says Jessika Lucero, a high school senior who was recently accepted to BYU–Hawaii. “Being surrounded by my own Hawaiian culture and by people who share my standards and beliefs is really important to me.”

Jessika is part Hawaiian and part Filipino, but she is not from Hawaii or the Philippines. She lives in Morgantown, West Virginia—and she is exactly the kind of student that BYU–Hawaii hopes to help with a new scholarship called the domestic work-study program.

Modeled after the IWORK program, the new domestic work-study program offers part-time employment, grants, and loans to help students from the United States afford their education. With this new program, BYU–Hawaii is recruiting students like Jessika—who are from the United States and have ties to the Pacific Islands or Asia—to give them the chance to connect with their roots while educating their minds and fortifying their faith.

Jessika and her three younger sisters were born in Salt Lake City, which is where her mother is from, but her father was born and raised in Hawaii. “Even though I did not grow up in Hawaii, Hawaiian culture has had a big influence in my life,” Jessika says. 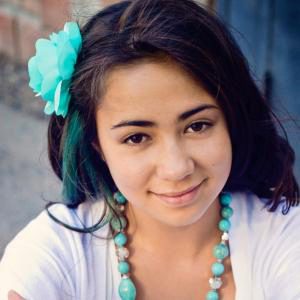 When Jessika was 5 years old, her Hawaiian grandmother moved to Utah and lived with Jessika’s family. Jessika heard many stories from her father and grandmother about their years in Hawaii, and she became interested in her Hawaiian heritage.

When Jessika was 8 years old, her parents began taking her and her sisters to the Kipuka Hawaiian Cultural Center near Salt Lake. Jessika has fond memories of taking hula classes, attending keiki summer camps, sailing on outrigger canoes on the Great Salt Lake, going to kani ka pila (“music”) nights, and attending family home evenings to learn about Hawaiian ancestry and traditions. “It was really cool,” remembers Jessika. “I was able to talk to other people who had grown up with the culture. I had a connection to my ancestry that I would not have had otherwise.”

All that changed when her family moved to West Virginia when Jessika was 12. “It was really sad moving out here and losing that connection,” she says. “I didn’t have other

Hawaiian or Polynesian people around me. I missed that so much. I haven’t had hula lessons in so long. There’s not a single halau (“hula school”) in West Virginia. I still practice with my sisters, but it’s hard to remember the dances because it’s been almost seven years since we moved out here.”

As Jessika began thinking about going to college, she aspired to attend BYU–Hawaii to reconnect with her roots. “I feel so deeply connected to my culture,” she says, “and just being able to go there and be with other people who have that same connection is really important to me.”

Jessika also longs to live among peers who share her faith. “Being the only LDS person in my grade is kind of lonely,” she says. “And moving from Utah to the town that has the number one party school in the nation was kind of a shocking experience. Going to a school like BYU–Hawaii—where I know it’s not going to be a crazy environment, where I can study and learn and have a spiritual connection—is really important to me.”

Neither of Jessika’s parents had the resources to finish college, so Jessika will be the first in her family to earn a college degree. She does not have all the money she needs for college, so she applied for a scholarship from a private organization that helps Asian Americans and Pacific Islander Americans with financial need.

She also plans to work part-time while she is a student to help pay for her education. “I would love to work at the Polynesian Cultural Center, and if I could perform there, that would be amazing,” Jessika says.

With your support for BYU–Hawaii’s domestic work-study program, the university can

Help Jessika and bring this incredible opportunity to more students like her.