BYU–Hawaii student Elizabeth Ramsay is from the tiny village of Holonga in the Kingdom of Tonga. “If you blink your eye, you’re going to miss the village,” she says. Her father is a fisherman who works very hard to support their family of 10, but he “can only provide the day-to-day needs.”

However, these humble circumstances have not kept Elizabeth from dreaming big, aiming high, and looking beyond herself to bless others, both temporally and spiritually.

When Elizabeth was a teenager, her grandfather suddenly became ill and was rushed to the local hospital. There were not enough doctors to help him, and the few doctors on staff each diagnosed him with a different ailment. “We didn’t know who to believe or what was right,” Elizabeth says. “He passed away without anyone knowing what was really wrong with him.”

Elizabeth had always admired her grandfather, and the unfortunate circumstance of his passing inspired Elizabeth to study medicine to become a doctor. “I don’t want another family member to pass away because there’s no one to help them in times of need,” she says.

Becoming a doctor is difficult for anyone and is especially challenging for someone from a humble background like Elizabeth’s, but she is determined. With her goal firmly fixed in her mind, Elizabeth elected to take several difficult science classes at the Church-sponsored Liahona High School. She worked hard, did well, and was accepted to BYU– Hawaii, where she chose to study biochemistry. It’s a difficult major, she says, and “many times I almost gave up, but I always look back on that experience in the hospital when I decided to make a difference in my family’s lives, and that has motivated me to continue on my career path.”

During her sophomore year at BYU–Hawaii, Elizabeth had the opportunity to return to Tonga on a career-networking trip. She visited hospitals, spoke with doctors, learned about employment opportunities, and received advice on achieving her goal. One doctor told her that there was a great need for doctors in Tonga. “He told me that whatever type of doctor I may choose to become, I will make a difference in Tonga. I even remember he looked at me and said, ‘You better come back to Tonga and help our people.’ That is my dream. I want to go back home and serve my country.”

Choosing to come to BYU–Hawaii was not easy for Elizabeth. Her immediate family converted to The Church of Jesus Christ of Latter-day Saints when she was 9 years old, but her extended family did not join the Church and does not share her faith. When she was considering what college to attend, many of her aunts and uncles discouraged her from going to BYU–Hawaii and pressured her to attend a different university.

Elizabeth’s decision to attend BYU–Hawaii was largely influenced by her teachers at Liahona High School, many of whom were graduates of BYU–Hawaii. “I had wonderful teachers who were very supportive of me and who reached outside of the classroom to help me,” she says. Elizabeth recalls several times when teachers would let her stay in their homes after she missed the last bus from school. “I wished that I could be half of what they have become and have the influence and good character that they have,” she says.

To learn more about BYU–Hawaii, Elizabeth took a one-credit student development course through BYU–Hawaii’s online distance learning program. From that class she learned about President David O. McKay’s prophecy that BYU–Hawaii would produce “men and women whose influence will be felt for good towards the establishment of peace internationally.” Elizabeth says, “That was when I got my confirmation about BYU–Hawaii. I imagined myself coming to a school where I would be taught and trained to become such a leader.” 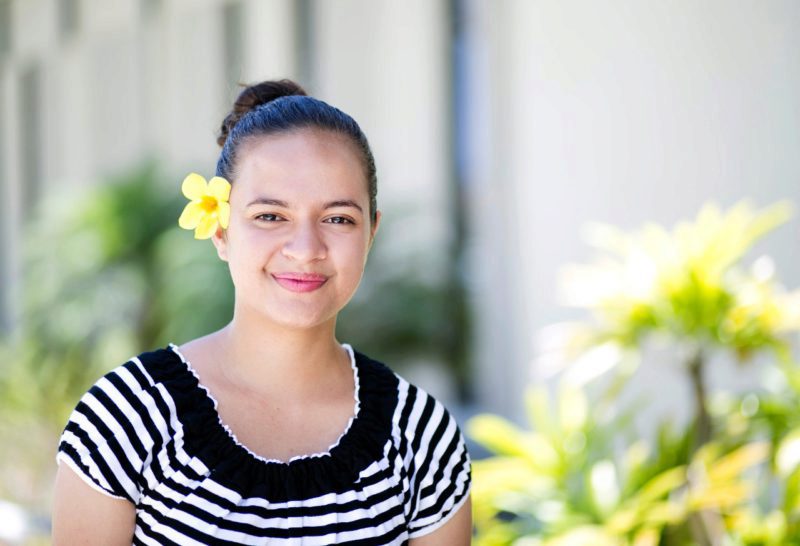 More Than Just An Education

Determined to become a doctor, Elizabeth wasted no time immersing herself in her studies at BYU– Hawaii. However, she quickly discovered that there is more to a BYU–Hawaii education than the classroom. “I came here with the intention of studying academically,” she says. “Little did I know that I would grow in so many ways: spiritually, physically, and socially.”

During her first year at BYU–Hawaii, Elizabeth was called to serve as a counselor in her ward Relief Society presidency. She also became involved in the student cultural associations on campus and made friends with classmates from around the world. It overwhelmed her at first, but “looking back,” she says, “I’ve grown to balance my time, have fun, and realize that it’s not only about school. You grow in different areas, and I think BYU–Hawaii is such a unique place that allows and enables you to have growth from all sides.”

All these uplifting experiences at BYU–Hawaii culminated in Elizabeth’s decision to serve a full- time mission for the Church. “I never really planned to go on a mission until I came to BYU–Hawaii,” she says. “After evaluating the many blessings that I have—being provided with an education, the knowledge that I have, the supportive teachers and friends that I’ve gained in this place, and just the joy of the gospel that I’ve received—I felt that it might have been selfish of me not to give at least one and a half years of my life to serve the Lord and help other people who might be in search of the gospel, who might be in search of the joy that I have. I want to help them have that joy in their lives.”

After finishing her junior year at BYU–Hawaii, Elizabeth put her pursuit to become a doctor on hold, submitted her mission papers, and was called to serve in her home country of Tonga. Now she serves as a different kind of healer as she preaches the gospel of joy and salvation among her people.

As much as Elizabeth has worked to be where she is today, she knows that it would not have been possible without the love and support of family, friends, teachers, and generous donors who support student financial aid at BYU–Hawaii.

Elizabeth’s parents could not afford to send Elizabeth to BYU–Hawaii, so she applied and was accepted into the IWORK program. After she arrived on campus, she was awarded the Pacific Area Scholarship based on her record of academic achievement.

“I am very grateful for the selfless sacrifice that people make for students who they don’t even know. It humbles me to have such a privilege. . . . I have great ambitions, and I will forever be in debt to the heaven-sent angels who decide that they want to give up their money for someone who wants to go to school.”

With a heart full of gratitude, a mind set on aspiring goals, and a spirit guided by faith, Elizabeth has a bright future ahead of her. She knows where she came from, she sees where she is going, and she will be a beacon of light to all those around her throughout her life. 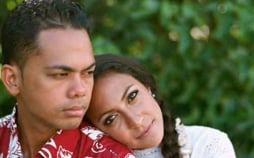 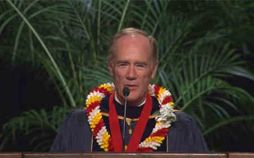 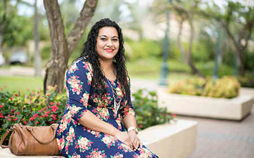 Meet Siniteke Fotu, an IWORK student from Tonga. As the oldest of 11 children, Teke has been the example for her younger siblings by finishing high school, serving a full-time mission, and attending college. Her father is a humble farmer, but she is able to attend BYU-Hawaii thanks to support from generous donors. After graduating she plans to return home and work in government.”