‘We’ve Gotten Through It - That’s What We Do’ 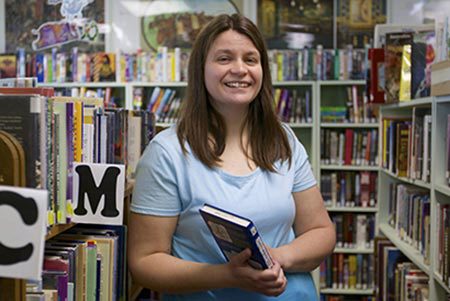 Emma Johnson speaks in soft tones and exudes a great sense of calm considering that a busload of wiggly kindergarteners is about to descend on the Ririe City Library. She’s here to read to students in the first of two field trips of the day. It’s a way of encouraging students in this rural area nestled outside Rexburg, Idaho, to read during the summer, she says.

This is farm country - long, wide, and fertile, land that locals contest is as beautiful and manicured as anywhere. A series of large, shiny granaries stands as a row of sentinels on the main road leading into town, a towering testament to the bountiful harvest.

Emma has lived here for 13 years. She left her native Dudley, England, at age 21 in pursuit of the life she felt she was to live.

“It was hard leaving home and family,” she said. “I wasn’t sure. But from the moment I stepped off the plane, I knew it was right.” 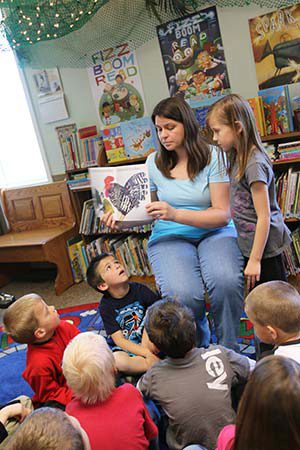 When Emma came to the U.S., she renewed acquaintances with a former missionary to England, who now began to see her in a different light than as the ward missionary she had been at home. They married and now have four children spaced neatly between 6 and 12 years old.

They’ve eked out a comfortable living like most others here, where almost everyone either farms the land or works in support of those who do.

“He’s been an ample provider,” she said, speaking of her husband, who is accustomed to working long hours. But when his parents died three years ago, “we suddenly learned how quickly things can change,” she said.

“We’ve gotten through it,” she continued with a firm wringing of the hands - “that’s what we do.”

But merely getting by is not her plan of living faithfully. Working a minimum-wage job, she said, is not how she wants to raise her family. So when she learned of the Pathway program sponsored by BYU-Idaho and the opportunity to get into an affordable college program while studying at home, she jumped in with both feet.

“The Pathway program is a great blessing that comes at the right time,” she said. It levels many hurdles in her life, but perhaps none larger than the quandary of how to be a stay-at-home mom while improving her education.

“I study evenings and when the kids are in school. Then, once a week, I leave them for an hour with my husband to attend an evening class,” she said.

“My education in England was in child care,” she said. “I’m commencing the program looking at all the majors and seeking inspiration as I go along.”

Pathway is an affordable educational program that combines online learning with support in a local group setting. The aim of the program is to help those who haven’t had success in school by preparing them for a university education. The program has widespread application around the world and is growing as fast as local leaders are being trained.

You can help defray costs with a generous donation, and, in the process, put a family back on the course of hope and self-reliance.