Getting a Start, Giving Back 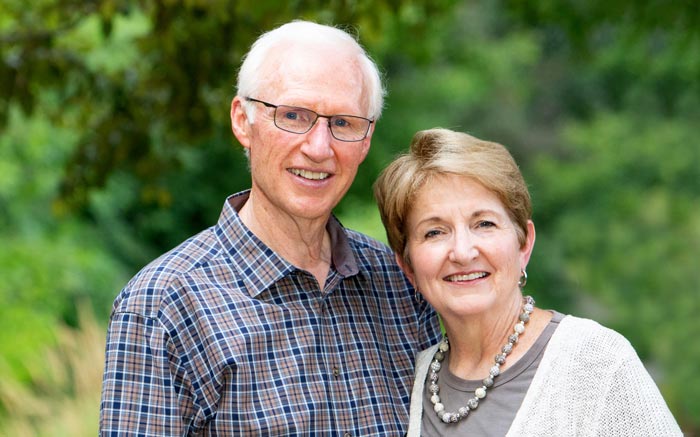 “What do you think about me applying for a job in Hawaii?” Keith Wilson asked his wife, Ada, out of the blue. It was 1979, and Keith was finishing up his master’s degree in library science at BYU in Provo when the director from BYU–Hawaii’s library visited Utah to do some recruiting.

“I was prepared to go anywhere, but that was a stretch,” Ada recalls. They had been thinking of moving back east to be closer to family. Hawaii would be a continent and an ocean away.

Falling in Love with BYU–Hawaii

The Wilsons decided to venture to BYU–Hawaii, and it didn’t take long for Hawaii to win them over. “We loved it,” says Keith. “The university, the faculty, the close-knit community.” Ada adds, “It was a wonderfully immersive time. We really appreciated getting to know people from other cultures.”

Keith had opportunities to develop quickly in his first job out of college. “The library was big enough to be professional but small enough for me to be exposed to the whole library,” he says. “Rather than being isolated in one department, we all worked and collaborated together.”

Giving Back and Blessing Others

While at BYU–Hawaii, Keith began developing library automation software. In 1982 he was recruited by a company in Utah, and so after three short years, the Wilsons bid a fond aloha ‘oe to BYU–Hawaii. A year later, when that company was sold, he and several colleagues cofounded their own company called Dynix Automated Library Systems.

But BYU–Hawaii was never far from their hearts. They kept in touch with friends and supported the university with periodic donations. “We always felt that the need at BYU–Hawaii was bigger,” says Keith, “and that our $50 would go a lot further at BYU–Hawaii than it would anywhere else in terms of impacting people and benefiting the students.”

A few years later, BYU–Hawaii president Eric B. Shumway invited the Wilsons to begin supporting the university at a higher level and to join the Presidents’ Leadership Council–Hawaii (now called the Genuine Gold Society). “It was an easy yes,” says Ada. “We knew very intimately the good that comes to students, to families, and to nations from BYU–Hawaii.”

“Our success was not just for personal gratification but also for blessing others. That’s certainly a responsibility we have felt.”

Later, while examining their financial plans, the Wilsons decided to make BYU–Hawaii a principal beneficiary, thus becoming members of the Matthew Cowley Society, which comprises people who have included BYU–Hawaii in their estate plan.

“We feel grateful for the experiences we had at BYU–Hawaii that led to success later on,” says Ada. “And our success was not just for personal gratification but also for blessing others. That’s certainly a responsibility we have felt.”