134 Generations in One Day

As a user experience designer at FamilySearch, Christine Chiang works on the cutting edge of expanding Chinese genealogical research. And with over 13 million digital images from mainland China, including more than 65,000 images of jiapu—Chinese genealogical records maintained by ancestral clans—Christine has her work cut out for her.

Ironically, there was a time when Christine, who immigrated to the United States from Taiwan, struggled to make progress on her own family history. She knew only four generations of her family tree, and when she entered them into FamilySearch, they were the only records with her clan name. 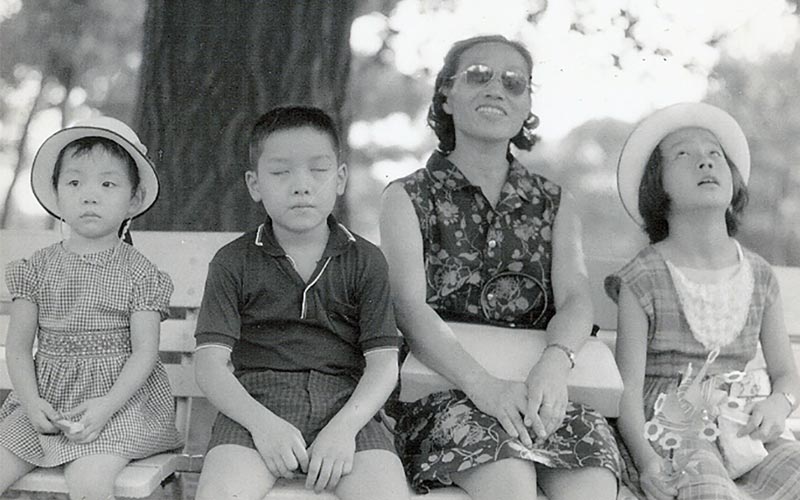 Christine Chiang (left) grew up not knowing anyone in her family other than her parents, brother, and sister.

Christine grew up not knowing her extended family. When her parents moved from mainland China to Taiwan, they left all their family records behind and effectively cut ties with their living relatives. The only family Christine knew were her parents, brother, and sister.

After a stint in publishing in Taiwan, a year of graduate school at the University of Georgia, and a second career in instructional technology in Silicon Valley, Christine moved with her husband and son to Salt Lake City in search of a family-friendly environment and to begin working for The Church of Jesus Christ of Latter-day Saints.

One evening Christine received an unexpected phone call from the police in Taiwan informing her that her brother had died. She did not have a strong relationship with her brother, who had been estranged from the family for about 30 years. But she was the only relative the police could find, and she was saddened by the thought that her brother had died alone and that if she had not been contacted it would have been like he had never existed.

After visiting Taiwan to arrange for her brother’s burial, Christine longed to find and connect with her living relatives and to locate her family’s jiapu. The only clue she had was that her father was considered a celebrity in the tiny village in China where he grew up. As a boy he traveled to a major city to attend a good school and then attained an influential military position. But she couldn’t find any records to verify the story. 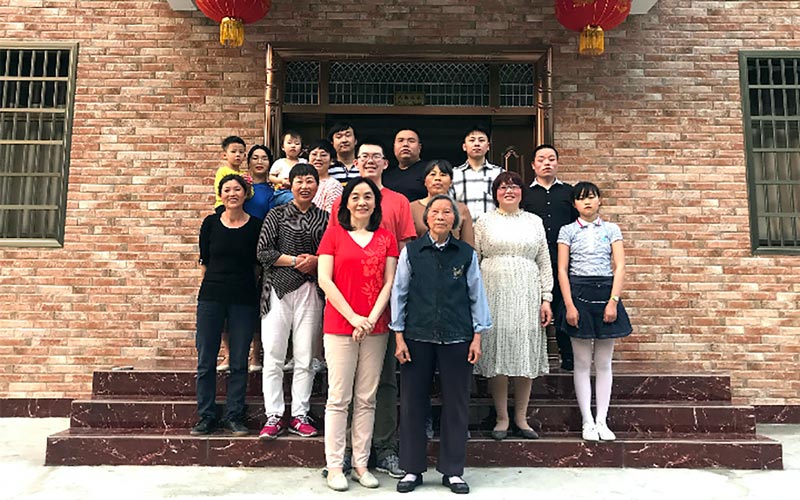 Christine met members of her extended family after she found a great-niece through FamilySearch and was invited to attend a family reunion in mainland China.

Christine experienced a breakthrough in her research when she received a fortuitous message through FamilySearch. The message came from a great-niece in China who had searched online for her famous great-grandfather, who is Christine’s father, and came across Christine’s family tree on FamilySearch. Over the course of several online discussions, Christine went from being a complete stranger to being invited to a family reunion in China. Then a second breakthrough came when she found a record of her father and other relatives in a local gazetteer. She began exchanging emails and texts with a cousin who, come to find out, held their family’s jiapu.

Christine took her son on her return trip to China, and upon being greeted warmly by their Chinese relatives, they immediately felt like part of the family. They spent a short week getting to know each other and sharing traditions. “That was the best time for my son,” says Christine. “He was raised in the United States, so before we went, he didn’t really care. At the end he was so proud of his Chinese blood that now he wants to change his middle name to my clan name.”

Next, they traveled to meet Christine’s cousin who possessed five volumes of their jiapu that contained 134 generations of their family’s genealogy. After they studied the volumes together, Christine’s cousin graciously presented her with a digital copy as a gift. “The whole process of discovery was a miracle,” says Christine. “The trip changed my mind about China forever. I found not only my family members and jiapu but also a newer and broader perspective that had been missing in my life.”

Since experiencing the joy of meeting her extended family and discovering her family’s lineage, Christine has become more engaged in her work to improve the FamilySearch experience for Chinese patrons and help others find the same satisfaction. “God put me in a position that I am deeply passionate about,” says Christine. “It’s not common to find someone who knows Chinese, is a UX designer, and is also a Church member. Everything was just put together, and it’s the right thing for me.”

Only 13 percent of the world’s top genealogical records are digitized and preserved, leaving the rest at risk of destruction or loss. At current rates it will take 124 years to capture the top-tier records. Governments are asking FamilySearch for help in preserving their records at three times the rate FamilySearch and its crews can capture. 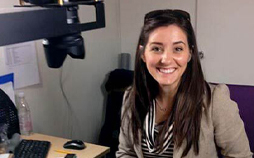 Uniting and Reconciling Through Records

One of 15 FamilySearch content strategists, Whitney Peterson is a mastermind at locating, classifying, and recommending records, no matter where they may be or in what condition they are found. 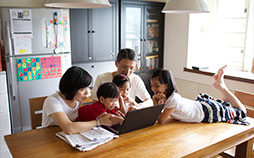 Even with his love of the Chinese people and fluency in the language, Derek Dobson could not have guessed what powerful ties he would weave over his lifetime with people scattered throughout Asia and the Pacific.